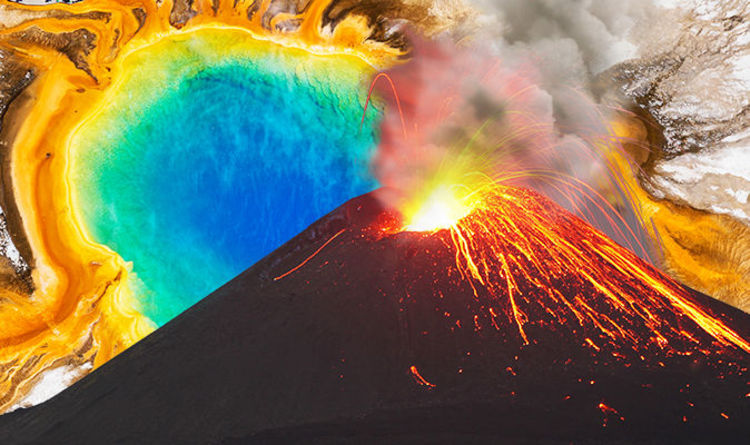 
Steamboat Geyser roared back into life earlier last April with the first triple eruption in 15 years, sparking interest from the scientific community.

Now, scientists are reporting that it has blown at least eight times in the last three months, prompting fears that there is dangerous activity beneath the surface of the US’s most catastrophic volcano.

Geysers like Old Faithful and Steamboat erupt whenever water and steam get trapped in a tight spot deep below the geyser’s blowhole.

The mix of water and steam builds in pressure until it finds its way to the surface where a tall stream of scorching hot water blasts hundreds of feet in the sky.

Scientists from the likes of of the US Geological Survey and the University of Utah have been situated in the Yellowstone area in the past few months to study the action of the geysers.

Researchers are there to study why the geysers are so active right now and to determine whether these are warning signs of a Yellowstone eruption.

But chances may be limited.

While the Norris Geyser Basin, the area in which Steamboat is located, is active right now, it could shut down at any moment.

Jamie Farrell, a geologist at the University of Utah, told Newsweek: “It’s one of the most dynamic areas in Yellowstone, it’s always changing.

“This is a really exciting time for the Norris Geyser Basin and we don’t know how long it’s going to last.

“When it shuts down, it may shut down for years.”

Experts will continue to analyse the geysers to see if they indicate any sort of impending eruption for Yellowstone.