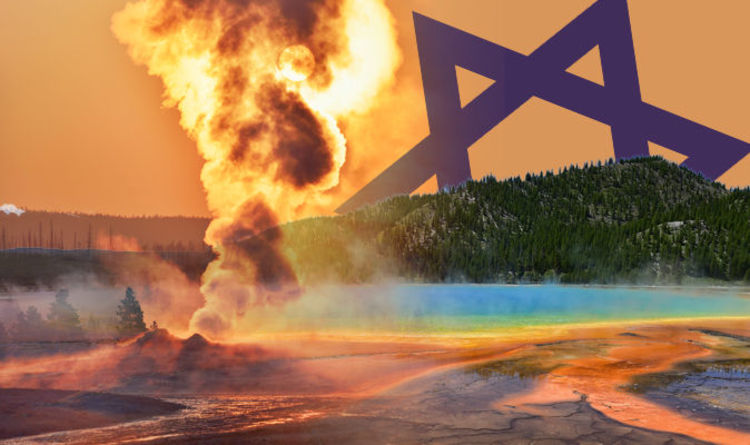 
Yellowstone is subject to regular earthquakes beneath the surface, and many believe the constant rumblings are a sign that the supervolcano is about to erupt.

In February alone there were almost 300 minor tremors, leading some to think the end is nigh.

But a Rabbi in Israel believes the earthquakes are a sign the volcano will blow again soon.

The first was Psalm 104:32, which reads: “Who looketh on the earth, and it trembleth; He toucheth the mountains, and they smoke.”

The second, more important sign, was in the Book of Zechariah 13:9, which reads: “And I will bring the third part through the fire and will refine them as silver is refined and will try them as gold is tried; they shall call on My name and I will answer them; I will say: ‘It is My people’ and they shall say: ‘Hashem is my God’.”

The rabbi told Breaking News Israel: “The entire world will see earthquakes and eruptions in the end of days.

“It will purify Israel, just as a mikveh (pool of water) purifies, but for the rest of the world it will purify by fire, like a crucible.”

If the Wyoming volcano was to erupt an estimated 87,000 people would be killed immediately and two-thirds of the USA would immediately be made uninhabitable.

One Simple Idea Makes It Much Easier to Manage Your Weight Over Time : ScienceAlert
This Physicist Says Electrons Spin in Quantum Physics After All. Here’s Why : ScienceAlert
Physicists Break Record Firing a Laser Down Their University Corridor : ScienceAlert
JWST Has Found Life’s Elemental Building Blocks in The Depths of Darkest Space : ScienceAlert
Viagra Linked to Much Lower Risk of Death in Men, But Questions Remain : ScienceAlert