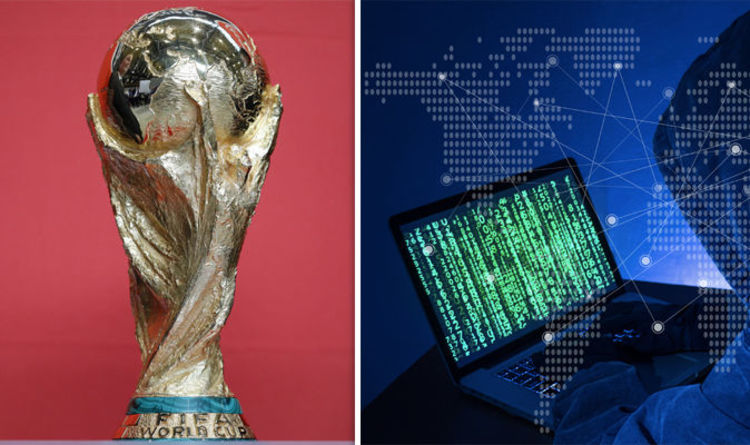 
With the World Cup set to kick off in Russia on Friday, national squads and supporters travelling to eastern Europe have been warned to remain wary of potential cyber attacks.

Research from the University of Birmingham shows that cyber criminals will look to take advantage of the influx of foreigners to Russia for the World Cup.

Conor Deane-McKenna, Doctoral Researcher in Cyberwarfare at the University of Birmingham, has warned hackers could use a variety of methods to get their hands on private information.

One of the ways is through public Wi-Fi, which is the easiest to hack.

Mr Deane-McKenna said: “The lax security controls on public WiFi makes it easy for hackers to steal your information while browsing.

“Taking control of the network, hackers have the ability to see the information sent between the device and the destination. So if you use passwords or send sensitive information, hackers could steal that data.”

Another problem, mainly for fans, would be downloading ‘fake apps’ in the search for tickets.

Many apps require users to enter their personal details and experts are warning against this while in Russia.

The footballers are particularly at risk in Russia, according to Mr Deane-McKenna, due to their vast wealth.

He said: “Sports players and football associations have been the victims of cyber attacks before. As a result many countries will be especially concerned with protecting their own players.

“Last year in the US, data from 1,200 American football players was stolen in a large cyber hack. The English Football Association has also already fallen victim to a cyber attack.

“Last summer, it found itself at the centre of a hack which named a number of footballers who were cleared to use banned medicines in the 2010 World Cup.

“The contingent of players, coaches and backroom staff present any number of cyber security challenges. No wonder England players will be briefed by GCHQ regarding devices and general cyber security.”

The World Cup kicks off on Thursday, June 14, when the hosts Russia take on Saudi Arabia in the opening game.

England begin their campaign when they play Tunisia on Monday, June 18.