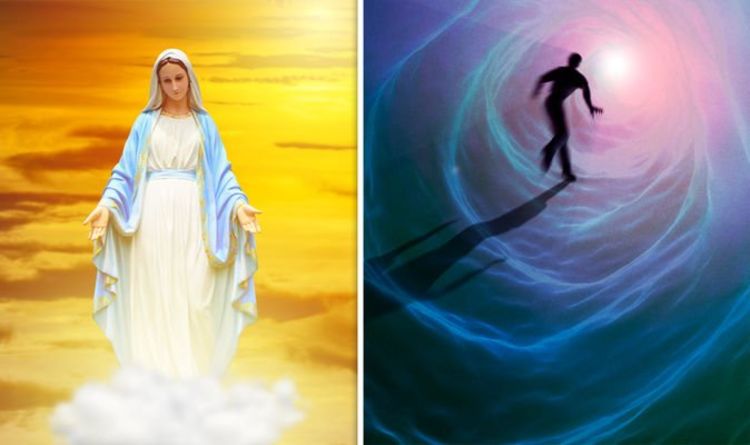 
Following a motorcycle accident, the man temporarily died before being resuscitated by paramedics. However, during his brief spell, the unnamed person believes he was greeted by a spirit which tried to lead him to the afterlife. Without words, this spirit introduced herself as Mary – believed to be the mother of Jesus Christ.

They wrote: “My uncle ‘died’ in a motorcycle accident and was later revived. He said when he was waiting for the ambulance to show up, a woman named Mary came and stayed with him.

“She told him everything would be okay and she would stay as long as he needed. He said he just felt this immense sense of calm and peace, that this woman made him warm and comfortable. He could see his surroundings and the truck driver who hit him.

“There was no woman and he was unconscious during this time. When they revived him at the hospital he said his throat burned when he took his first breath again.

“He wasn’t all there and he kept asking for the woman.”

Some researchers, however, said these visions are normal phenomenon and not necessarily a sign of an afterlife.

Physicists Finally Measure a Long Theorized Molecule Made From Light And Matter
‘Structured Water’ Is Not What People Claim. Don’t Believe The Hype, Scientist Says
Water Can Spontaneously Form Hydrogen Peroxide, And We Finally Understand Why
Warm Waters Are Rushing Towards The World’s Largest Ice Sheet, Scientists Warn