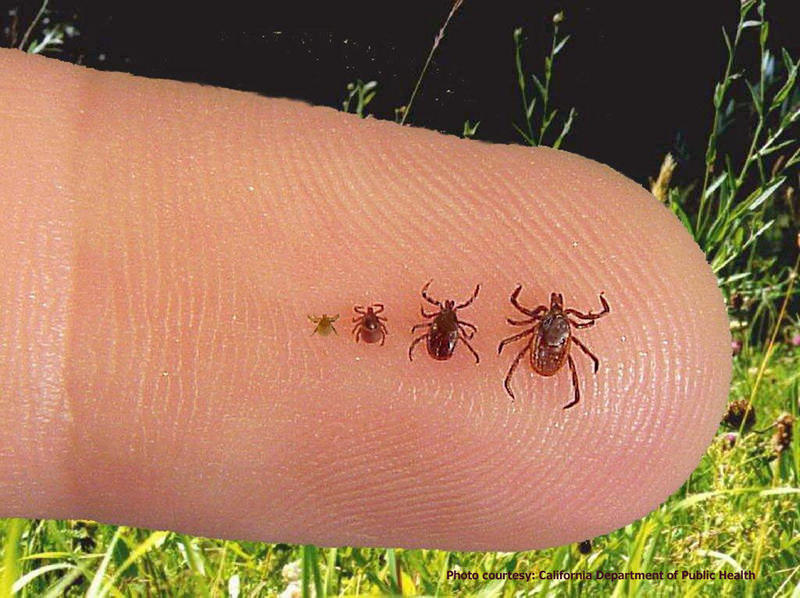 
There’s long been a conspiracy theory that the US used ticks as a biological weapon to spread Lyme disease.

And in New Jersey, where Lyme cases are on the rise, one Congress member wants the Pentagon to investigate.

A New Jersey congressman is asking the Pentagon to finally investigate a decades-old conspiracy that the government weaponized ticks — and ended up creating Lyme disease.

Republican Rep. Chris Smith presented an amendment calling for the Department of Defense’s Inspector General to probe whether the military “experimented with ticks and other insects regarding use as a biological weapon between the years of 1950 and 1975.”

Smith’s amendment came after he read “Bitten: The Secret History of Lyme Disease and Biological Weapons,” by Stanford University-based science writer Kris Newby. In the book’s introduction, she describes the effect of Lyme as “an American Chernobyl.“

“I think [the congressman’s] state is at ground zero of this outbreak and his constituency has been impacted severely. I hope people can understand weaponized ticks are bad and we need to know what happened at the height of the Cold War bioweapons program,” said Newby.

What happened, Newby says, is that “the military realized something they were experimenting on had gotten out.”

She mentioned a tick-borne germ called rickettsia, which acts like a virus, involved in hundreds of bioweapons experiments. “Lyme disease plus these other organisms is what’s making people chronically ill,” Newby said.

The accident was covered up until a U.S. bioweapons scientist, Willy Burgdorfer, talked to reporters years after Lyme disease infected the Northeast. Newby said she thought he felt guilty — although Burgdorfer was credited in 1982 with discovering the cause of Lyme disease, he may have put the diseases into ticks decades earlier.

Science always says something else… But

But experts say the probe won’t amount to anything because the conspiracy doesn’t hold up to science.

“There’s evidence in the U.S. that Lyme disease was here before Columbus came around,” says Phil Baker, executive director for the American Lyme Disease Foundation. Plus, Lyme disease isn’t life-threatening, so it’s not a good candidate for a biological weapon, he said. Fatigue and flu-like symptoms are the most common warning signs of Lyme, though it can cause facial paralysis, arthritis, fever and rash without antibiotics.

“Both the tick and the bacterium that causes Lyme disease are ancient creatures,” said Richard Ostfeld, a Ph.D. in disease ecology at the Cary Institute of Ecosystem Studies.

“There is strong scientific evidence that the present-day forms of the [Lyme disease] bacterium diverged from a common ancestor at least 60,000 years ago,” said Ostfeld. Even a 5,300-year-old mummy discovered in the Eastern Alps had traces of Lyme disease in his DNA.

Yes but, watch this video:

Besides infecting areas of the U.S., from Virginia to Maine to the Great Lakes region, the tick-borne illness is also found in Europe and Western Asia, even the Mediterranean. “The notion that Lyme was created on Plum Island [the government labs in Orient Point, New York] doesn’t represent the real geographic distribution of the disease in recent decades,” said Ostfeld.

But congressman Smith doesn’t seem to think so. He echoed Newby’s theory when presenting his amendment for House debate: “Was there any accidental release anywhere or at any time of any of the diseased ticks?“

The House unanimously approved the amendment with a voice vote. It will add $1 million for Lyme disease research at the CDC, which currently spends $11 million on Lyme research.

The Pentagon’s review will inspect “whether any ticks or insects used in such experiments were released outside of any laboratory by accident or experiment design.”

If, in fact, the insects were accidentally released, it would prove the conspiracy that the military contributed spreading an illness that infects about 300,000 Americans each year.

Smith hopes the probe will hold the government accountable and lead to a cure. “The millions of people suffering from Lyme and other tick-borne diseases deserve to know the truth,” he said.

Lyme disease as war weapon? Rep. Chris Smith’s push for probe advances after call for Trump to investigate… And he is certainly right!