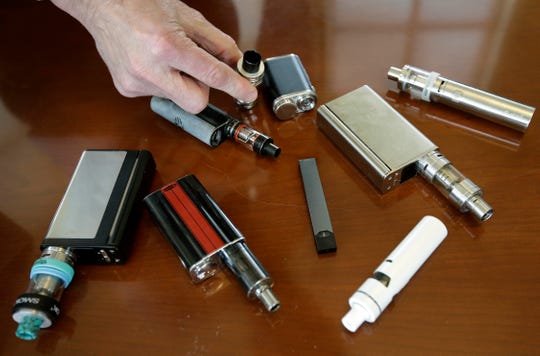 This first death comes after the CDC launched an investigation earlier this month following reports of a mysterious lung disease affecting almost 100 people across the US.

Health officials in the State of Illinois are investigating the death of an individual who used a vape and was later hospitalized with severe respiratory illness.

It comes after the Centers for Disease Control and Prevention (CDC) launched an investigation earlier this month following reports of a mysterious lung disease affecting almost 100 people this summer across more than a dozen US states. No further information has been provided about the individual who has died, other than that they were an adult living in Illinois.

“The severity of illness people are experiencing is alarming and we must get the word out that using e-cigarettes and vaping can be dangerous,” said Illinois Department of Public Health (IDHP) Director Ngozi Ezike. “We requested a team from the Centers for Disease Control and Prevention to help us investigate these cases and they arrived in Illinois on Tuesday.”

The reported number of people suffering from respiratory issues who have used e-cigarettes or vaped has doubled in just one week, with a total of 22 people between the ages of 17 and 38 years old having been hospitalized.

State and federal health officials, along with the US Food and Drug Administration, say that they are now investigating the names and types of products and devices used, as well as where they were purchased. No specific product has been identified, though many patients report having used tetrahydrocannabinol (THC)-containing products. However, it is not clear if these cases have a common cause or if they are different diseases with similar symptoms.

E-cigarettes and vapes work by producing an aerosol by heating a liquid that contains nicotine, marijuana, or other drug products as well as added chemicals and flavorings which can contain harmful products like heavy metals, cancer-causing chemicals, and other volatile organic compounds.

The CDC notes that e-cigarettes have the potential to benefit some people, like those aiming to quit smoking, but may harm others.

Scientists are still studying the products to understand risks and possible benefits, but advise that they should never be used by youth, young adults, or pregnant women.

In any cases, if you experience any type of chest pain or difficulty breathing in the weeks following the use of e-cigarettes or vaping products go directly to your doc.