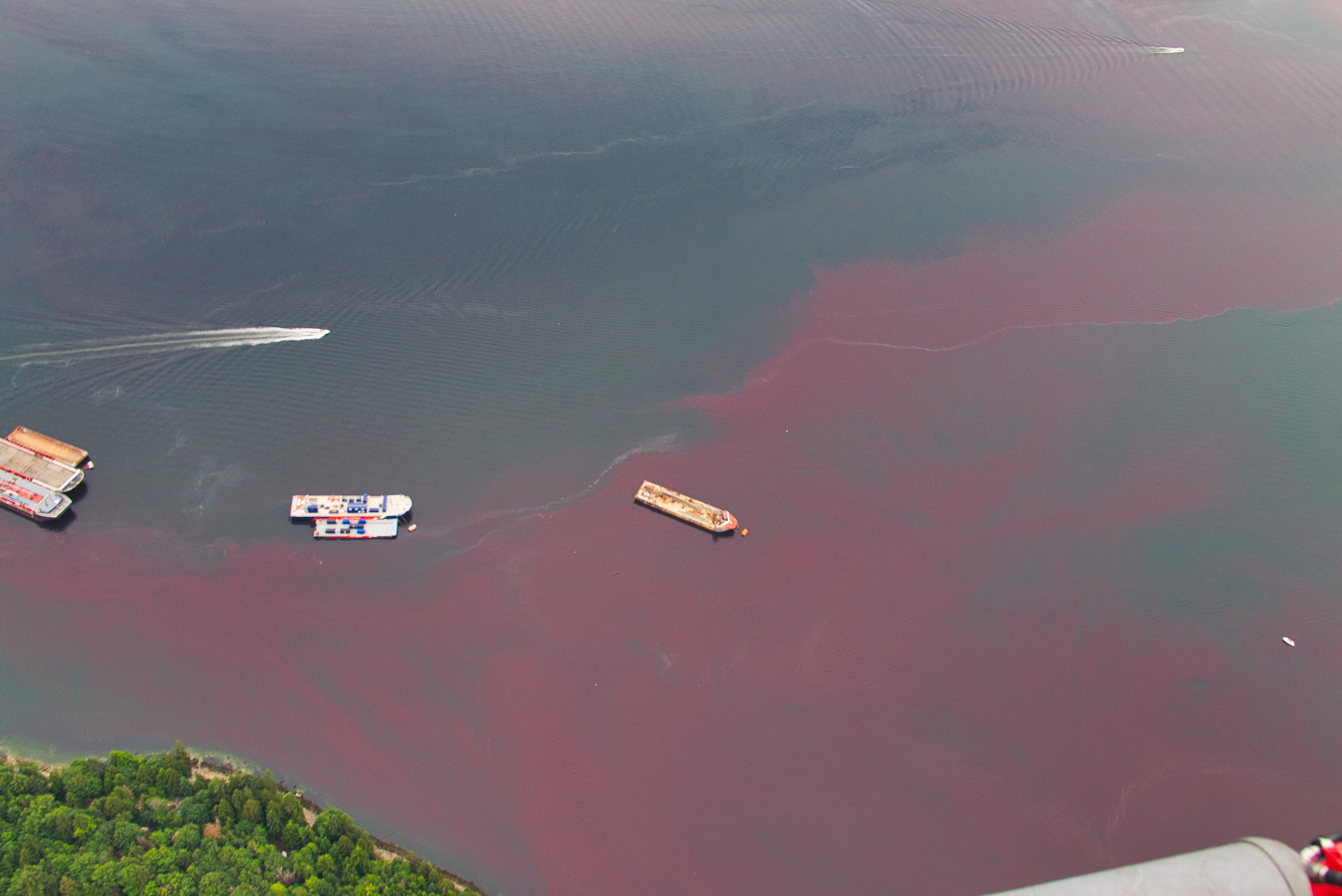 
Tourists and locals were treated to an insanely red harbour waters in Vancouver.

And some were lucky enough to get pictures of the unusually red water… And it seriously looks like something out of a scary movie.

Throughout the week, several photos have been posted online of the Vancouver harbour. These were not ordinary pictures, as the waters looked bright red!

This is not the first time the waters in Vancouver have turned this vibrant blood red color and it is entirely due to an algae bloom.

The algae producing this phenomenon — Noctiluca scintillans — is erroneously known as “red tide”. It is not to be confused with red tide poisoning in fish.

According to NOAA, red tide poisoning occurs when colonies of algae grow out of control while producing toxic effects bivalve shellfish and other marine mammals in extreme cases.

The #redtide bloom as seen from #CTVChopper9 around Burrard Inlet and English Bay this week. pic.twitter.com/hu9UclQ06i

Blooms like this can be caused by a number of things, including climate change, human activity or a combination of tides and temperatures.

The red tide this weekend in #Vancouver sure was something pic.twitter.com/xXdZHloUA3

Elysha Gordon, Canadian shellfish sanitation program coordinator with the DFO, explained that the colourful algae is not harmful to humans.

Not much improvement on our red tide situation as seen in Coal Harbour. pic.twitter.com/SghA5ejTlh

Blooms usually occur from May to September. In fact, this is not the first time this has happened in Vancouver. There are tons of pictures and videos online from previous years showing the eerie colour.

There is no clear answer as to how long this algae bloom will stick around in the Vancouver harbours and beaches, but as long as conditions remain ideal for the bloom, it will be staying.

Either something really big died or there’s a serious algae bloom going on right now off of the tsawwassen ferry terminal. #redtide pic.twitter.com/wtHkhVfxjw

The Department of Fisheries and Oceans Canada has closed shellfish harvesting in many areas of B.C.’s South Coast because of the algae blooms, including from Bowen Island to Squamish and Vancouver’s Burrard Inlet. The DFO also warns that cooking shellfish from a closed area does not destroy all biotoxins, which can cause paralytic shellfish poisoning.

The Vancouver park board said Thursday that Vancouver Coastal Health had not advised the board of any water quality issues because of the algae bloom, so there are no signs posted at beaches.

But still I would advise not to drink too much of this water… And of course I wouldn’t eat much shellfish right now. You will have plenty of time after this rare red tide algae bloom. Be careful!