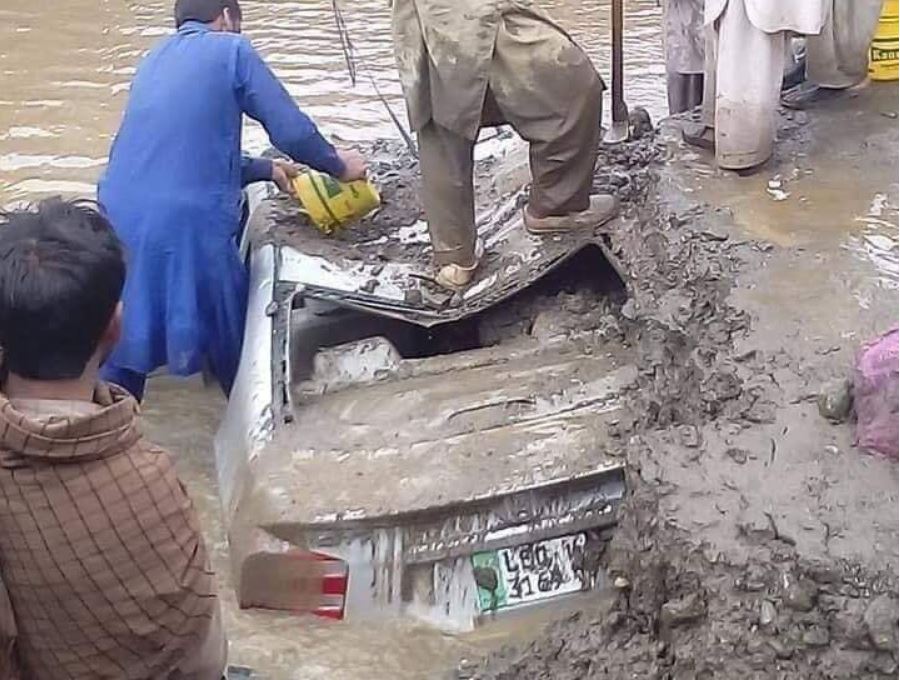 
It seems that floods and floodings are currently increasing around the globe.

After the apocalyptic midwest floods that have started in April 2019 – and that drowned millions of calves and completely obliterated the US food industry – it’s now Europe (UK and Norway) as well as Asia (Pakistan, India and China) that are mainly hit by torrential rains, flash flooding and drownings.

As already reported yesterday, about 6,500 people have been rescued from Whaley Bridge in Derbyshire, UK, after the partial collapse of Toddbrook Reservoir dam.

The latest aerial pictures from Whaley Bridge, where experts are assessing the damage to the Toddbrook reservoir. pic.twitter.com/Yen3lRADBr

An RAF Chinook was dropping sandbags on the Toddbrook Reservoir dam, in a bid to stop the 19th century structure further collapsing.

An RAF Chinook drops sandbags on the Toddbrook Reservoir dam, in a bid to stop the 19th century structure collapsing.

More than 2,000 homes are at risk and thousands of people have been evacuated from Whaley Bridge.https://t.co/isuEde9pVE pic.twitter.com/oUpHWWLsck

A severe flood warning was issued for River Goyt at Whaley Bridge due to damage to Toddbrook Reservoir was .

About half a metre of rain fell in 24 hours producing heavy flooding in parts of the state of Gujarat in the west of India.

Residents and pets living in Vadodara and other cities of Gujarat have now the difficualt and dangerous task to live in water infested by aggressive crocodiles:

Meanwhile at least 3 people have died after heavy rain in the state of Rajasthan. Terrifying, isn’t it?

At least 1 person is missing and over 150 have been evacuated after heavy rain triggered landslides, floods and debris flows in south-western Norway on 30 July, 2019.

Norway’s weather warning service, Varom, said that 33mm of rain fell in 1 hour in Vassenden in Jølster and 92mm of rain fell in 1 day in Botnen in Førde. Roads have been closed and power and telecommunications disrupted. A car and its driver are believed to have been swept away in Jølstravatnet.

Another massive flooding in China’s north-eastern Heilongjiang Province has displaced around 11,400 people and damaged over 2,500 homes. The direct economic losses are estimated to reach over US$315 million.

So far, the floods in Heilongjiang have affected about 563,000 hectares of crops in the province, of which around 79,130 hectares had been wiped out.

At least 10 people have died in rain and flood-related incidents in Khyber Pakhtunkhwa Province, Pakistan over the last few days.

And the cows had a really bad time:

Flash flooding and landslides, affected 10 districts in the province, killed 10 people and injured 29. Furthermore, 9 houses were destroyed and 16 severely damaged.

Scientists Have a Plan to Turn Earth Into a Giant Observatory : ScienceAlert
Physicists Break Record Firing a Laser Down Their University Corridor : ScienceAlert
‘Funky Worm’ Fossil Helps Explain The Mysterious Origins of Amphibians : ScienceAlert
Scientists Create Shapeshifting Humanoid Robot That Can Liquefy And Reform : ScienceAlert
This Species of Carnivorous Plant Evolved Into a Toilet And Is Now Winning at Life : ScienceAlert