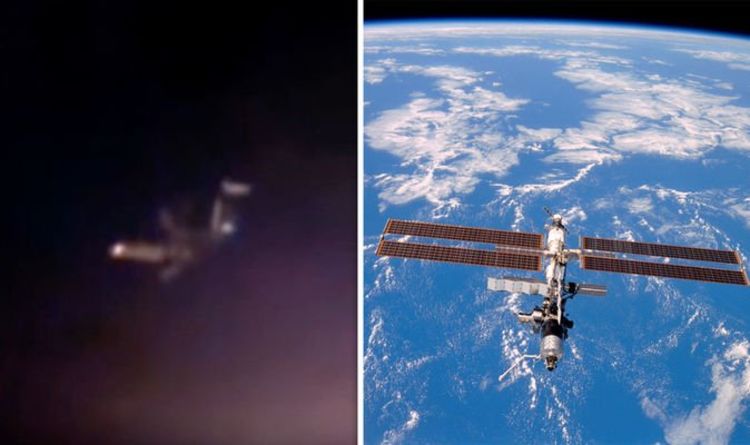 
A four-pronged spaceship has reportedly been spotted near to the orbiting laboratory and conspiracy theorists believe the craft is a regular visitor. Some claim an advanced race of intelligent beings are currently monitoring the ISS to check humanity’s progress. In the video, the massive UFO can be seen whizzing quickly past the space station, before returning in the background. Prominent alien hunter Scott C Waring made the strange claims, after it was originally spotted by YouTube channel Streetcap1 who trawls through NASA live streams.

Mr Waring wrote on his blog UFO Sightings Daily: “[The video] shows an extraordinary UFO with a shape unlike anything I have ever seen before.

“The object was recorded on live NASA space station cam and has a very strange appearance. It is clear to me that UFOs frequently visit the space station to keep an eye on humanities progress.”