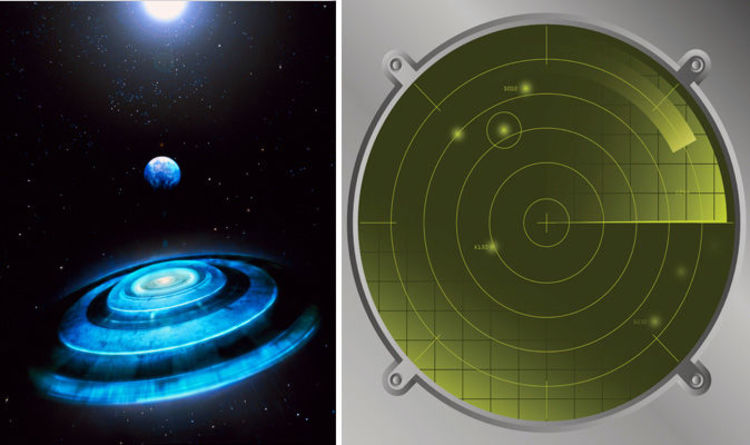 
Three separate pilots were left baffled when they encountered a bright light whizzing through the sky. The incident occurred in the early hours of Friday, November 9, when a British Airways pilot contacted Shannon air traffic control (ATC) as 06.47 local time. The pilot wanted to know if any military exercises were taking place as she claimed the object was “moving so fast”.

ATC said no exercises were taking place, yet the mystery deepened when two other pilots contacted ground control stating “multiple objects following the same sort of trajectory” were spotted in the same region.

ATC said there were no military exercises had been planned, before eerily adding: “There is nothing showing on either primary or secondary radar.”

The pilot said: “OK. It was moving so fast. We saw a bright light and it then just disappeared at a very high speed.”

She claimed that it did not appear to be on a collision course with the plane but admitted she was still “wondering” what it could be.

To the surprise of ATC, a third pilot called in to report the same sighting, adding: “I’m glad it wasn’t just me.”

They reported that the ‘UFO‘ was moving at “astronomical speeds – it was like Mach 2.”

However, pilots, who were not involved in the sightings, have offered their theories and believe there is a more plausible explanation than that of an alien visit.

Speaking on the Professional Pilots Rumour Network (PPRuNe) internet forum, user Cygnet720 explained that the sighting is probably down to meteors hitting the planet’s atmosphere.

Cygnet720 wrote: “I remember about two years ago coming out of Nice under Milano radar, seen quite a bright one, was far from the first time seeing them, but apparently Alitalia E-190 crew were more impressed and reported to ATC asking about military activity in the area.

“No idea why, but we were quite accustomed to seeing meteors and were quite surprised our Italian friends were so impressed, and much less cool about them.”

Aviation journalist Gerry Byrne agreed with this sentiment, stating: “In all probability they were meteorites and it’s not uncommon for meteorites to come in at a low angle, a low trajectory into the Earth’s atmosphere.”

Nonetheless, the Irish Aviation Authority (IAA) will investigate the incident.

The IAA said in a statement: “Following reports from a small number of aircraft on Friday 9 November of unusual air activity the IAA has filed a report.

“This report will be investigated under the normal confidential occurrence investigation process.”