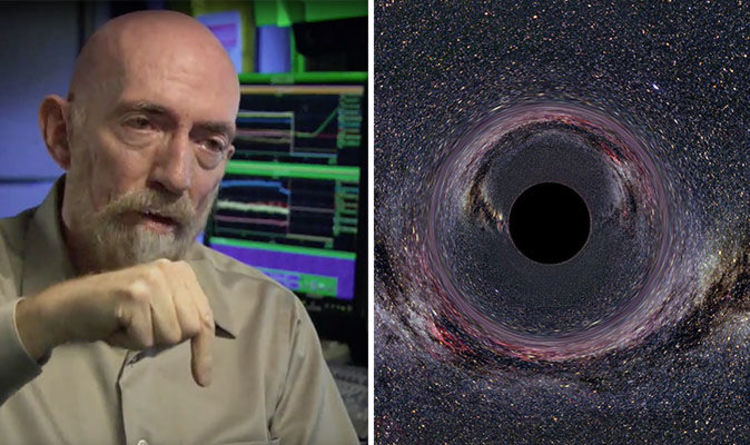 
Scientist Kip Thorne claimed there is likely to be a “violent explosion” as the wormhole, which is a theoretical passage through space and time, would self-destruct as soon as it is formed.

Speaking to Closer to Truth, Mr Thorne said: “I was forced to realise that there’s a universal mechanism when you are trying to turn a wormhole into a time machine in this way – a universal mechanism that always creates a violent explosion that very likely destroys the wormhole right at the moment when it begins to make time travel possible.”

“The wormhole wants to shrink and pinch off. So when you try to travel through you die.”

The physicist said it could one day be possible to travel through time by as much as one billion years earlier but the self-destructing nature of the wormhole is not an issue that can be fixed at the current stage in human technology.

He said: “If you have wormholes then if you move the mouth of one wormhole down near the surface of a black hole time flows very slowly there compared to the rate of flow of time back here on earth.

“So the two mouths get out of sync. The mouth of the wormhole sits down the surface of the black hole and it sits there with only a few hours passing while up here on Earth a billion years pass.

“So we on Earth can then go down through the wormhole and can come out with the surface of the black hole a billion years earlier.

“It can then come out and go back up in the external universe a billion years earlier.”

Another way to achieve time travel into the future would be travelling at the speed of light in space, as first theorised by Albert Einstein.

Theoretical physicist and string theorist Brian Greene, of Columbia University, said: “You can build a spaceship, go out into space [and travel] near the speed of light, turn around and come back.

While you are travelling at the speed of light, time stays slow relative to the people who are standing still back on Earth.

As a result, you would be going fast while your clock would still be going slow.

Professor Greene said: “When you step out of your ship, you’re one year older but Earth has gone through many, many years.

However, the only problem is that a machine travelling at such speed would require an “unimaginable” amount of energy, while the stress from the centrifugal force on the body would likely prove fatal.

Scientists Create Shapeshifting Humanoid Robot That Can Liquefy And Reform : ScienceAlert
Lightning Strikes Create a Strange Form of Crystal Rarely Seen in Nature : ScienceAlert
‘Funky Worm’ Fossil Helps Explain The Mysterious Origins of Amphibians : ScienceAlert
Bacteria Can Use Plastic Waste as a Food Source, Which Isn’t as Good as It Sounds : ScienceAlert
Scientists Reveal The Most Distant Galaxy We’ve Ever Found : ScienceAlert