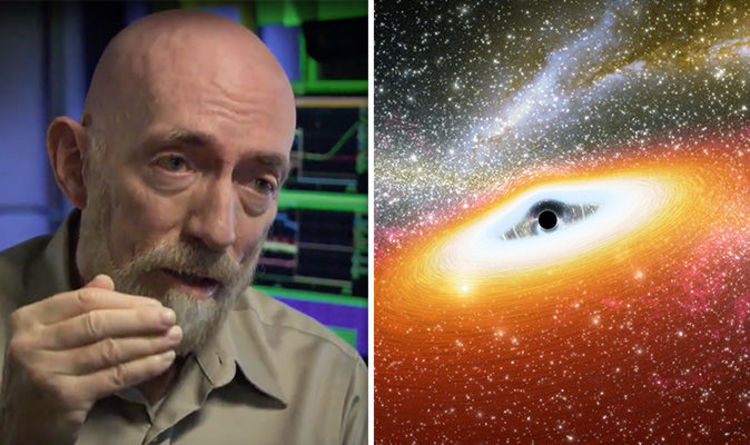 
Physicist Kip Thorne gave his theory on how people could one day travel through time but warned that wormholes, a theoretical passage through space and time, self-destruct at the exact moment in which time travel is made possible.

Mr Thorne, who was awarded the Nobel Prize for his work in physics, said the only way to travel through time would be to have a wormhole.

He told Closer to Truth: “If you have wormholes then if you move the mouth of one wormhole down near the surface of a black hole time flows very slowly there compared to the rate of flow of time back here on earth.

“So the two mouths get out of sync. The mouth of the wormhole sits down the surface of the black hole and it sits there with only a few hours passing while up here on Earth a billion years pass.

“So we on Earth can then go down through the wormhole and can come out with the surface of the black hole a billion years earlier.

“It can then come out and go back up in the external universe a billion years earlier.”

Mr Thorne said he was “excited” when he discovered this theory with his students at Caltech.

But after further investigation he found out that time machines would self-destruct, making the idea of time travel impossible with the current levels of human technology.

He added: “I was forced to realise that there’s a universal mechanism when you are trying to turn a wormhole into a time machine in this way – a universal mechanism that always creates a violent explosion that very likely destroys the wormhole right at the moment when it begins to make time travel possible.”

“The wormhole wants to shrink and pinch off. So when you try to travel through you die.”

The Nobel Laureate said his goal was to probe the laws of physics through a combination of experiment and theory. But he said there are certain elements where the experimental aspect is not possible with human technology created in this century.