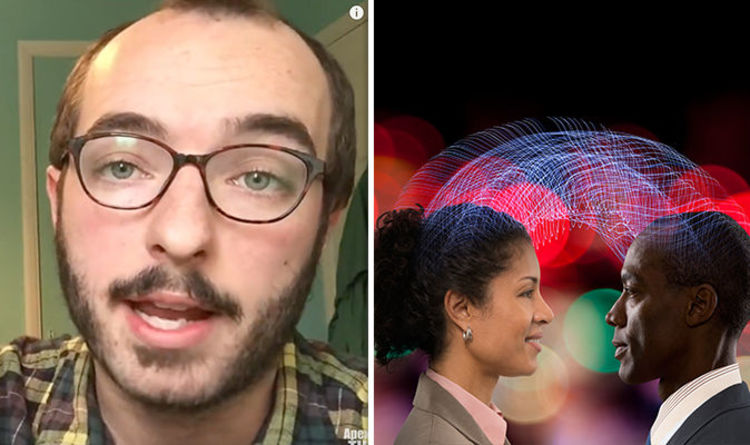 
William Taylor made the incredible claim in a video on the popular YouTube channel Apex TV.

He said: “The main method of communication was telepathy.

“So the internet, in terms of a communication tool, was probably pretty outdated by that point.

He added: “The technologies they had were beyond my comprehension.”

Mr Taylor claimed the future he saw was a “utopian society”, where disease had been completely eradicated, there were no quarrels and people just lived “in harmony together”.

He added the “beings” he met were “infinitely intelligent” and would likely only have one or two days of schooling in their lives.

He also asserted he could see no exchange of currency and that music had become more “dissonant” and “abstract”.

Mr Taylor alleges he was given the opportunity to go to the future because he had worked with the Ministry of Defence and had sworn to secrecy – which he has now broken.

He said: “It takes a certain amount of expertise followed by a complete unwillingness to talk to people about the work that you do.

“It’s an incredibly hard training process. I wouldn’t recommend anybody do it.”

However, the alleged time traveller said time hoping will be be open to the public and “widely available in the coming decades”.

He said when it is released to the public, he believes there will be strict rules, such as not to create paradoxes by meeting yourself in the past or future.

When asked whether he had brought anything back as proof or obtained the lottery numbers, he said: “As soon as I got there I was completely bewildered.

“I had travelled over 6,000 years into the future, I was completely outside my comfort zone, outside of anything I had experienced and at that point in time your own personal gain doesn’t really pop into your head.”

He added the technologies were so advanced that he “couldn’t really have brought back anything that would have made much sense to us”.

The so-called time traveller also claimed he saw a map whilst he was in the future and that the land had shifted significantly and the continents are more broken up.

However, comments on the video revealed some viewers did not believe Mr Taylor’s story.

One said: “This is not true because he said the land shifted, but it takes hundreds of thousands of years to actually notice even a minor change.”

Another viewer commented: “Every person that brings back things form the ‘future’ is always blurry and bad quality… Why? It obviously indicates it’s fake.”

A third commenter asked: “Can’t you video some proof to show us?”

Dropping Oxygen Will One Day Suffocate Most Life on Earth : ScienceAlert
Thousands of Mysterious ‘Owl’ Stones May Be The Work of Ancient Children : ScienceAlert
Colossal Discovery on Mars Could Drive Surging Magma Under The Surface : ScienceAlert
The Last Known Tasmanian Tiger Was Just Found in a Museum Cupboard : ScienceAlert
Grim Study Shows 10 Years of ‘Carbon Offsets’ in California Had No Climate Benefit : ScienceAlert