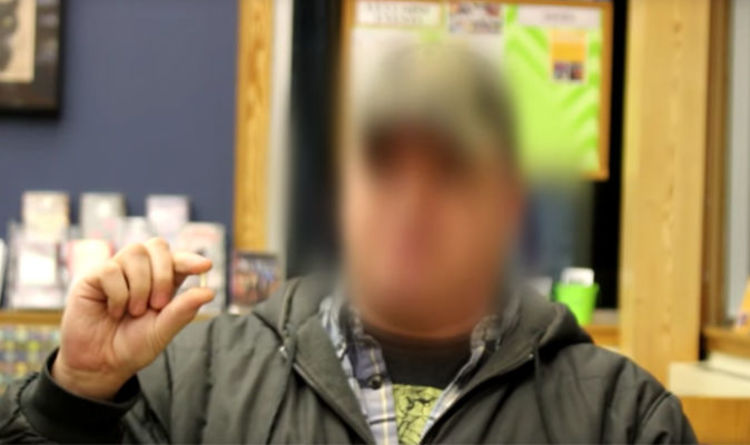 
W.D. Davis said the food “has everything you need for a week.”

Before adding: “Our government supplies them monthly to everyone.”

W.D. Davis remained anonymous because he said he could have been in danger if he was to reveal his true identity.

Mr Davis, who says he is 103 years old, said the food has all the nutrients you need for a week.

All the food is free in the future according to Mr Davis, which has helped to stop world hunger and plastic pollution.

Time travel is allegedly going to be commercial in the future, but you have to be very wealthy in order to have access to it.

The time machine according to Mr Davis is “a circle and you walk through it, and enter into another dimension.

In the future, humanity will have the technology to live on other planets such as Mars.

Mr Davis said: ”People are providing their own food such as vegetables.”

He added: “They are living in a colony.”

In the future global warning is a massive problem according to the time traveller, which is causing people to move to Mars.

Earth is also apparently going to be so overpopulated that people are moving to different planets because of the excessive amounts of people.

There will also be underwater cities, which Mr Davis claimed to have been to.

He said: “In America, there is evidence of things being discovered there and aliens can shapeshift and join the human race.”