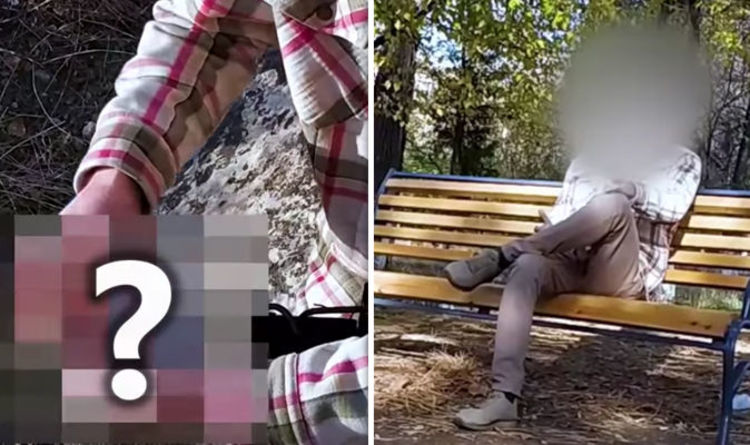 
Mike, a man who proclaims to be a time traveller, has apparently been to the year 3700. He said: “We were travelling to random years but our main target was the year 3700. “Let me show you part of a robot that I brought from the future.”

The man, whose age is unknown, then revealed part of the robot on camera, which looks like a piece of scrap metal.

Mike was being interviewed by Apex TV, a Youtube channel specialising in paranormal activity.

The channel which is well known for its bizarre theories has nearly 800,000 subscribers.

The time traveller, who was wearing an old-fashioned checkered shirt and mustard chinos, said: “I was born in France and lived there until I was 14-years-old.

“When I was 14 I moved to Canada where I started to take an interest in Science.

“I started working in the National Secure Laboratory in Canada as a major assistant.

“I was involved in many secret operations. New military gadgets, innovational clothes and time machines.”

He added: “In the year 3700 the war began between robots and humans. On September 20 in the year 3700 all robots on planet Earth started their attack. After their first assault over 30 percent of humans were destroyed.”

robot parts to bring back to the Canadian government.

When showing the channel’s 800,000 subscribers part of the robot he brought back, Mike said: “I took this part of a robot who I killed with my own hands.”

He added: “As you can see it’s not as big as you might imagine.

“But it has so much power, that it can divide you into one hundred pieces. The robots were very fast and it was difficult to shut them down.”

Mike continued to claim: “The war between humans and robots was not equal.

“The robots had different types of modern weapons.”

Mike continued to spew what many have described in the comments as “lies”.

He said he has visited the year 37000 18 times, which works out at roughly once every three weeks.

He brought back different parts of the future.

Mike failed to finish his story and explain what happened to humanity after the war which was disappointing.

The time traveller has been bombarded with criticism online.

While another wrote: “That piece of robot did not look very futuristic to me at all.

“Some of today’s machinery looks a lot better than that. I didn’t find him believable.”

Millions of ‘Silent Synapses’ Could Be The Key to Lifelong Learning : ScienceAlert
Humans Keep Growing an Extra Artery in Their Arms, And This Is Why : ScienceAlert
Grim Study Shows 10 Years of ‘Carbon Offsets’ in California Had No Climate Benefit : ScienceAlert
Engineers Propose an Ambitious Plan to Bury Excess Carbon at The Bottom of The Ocean : ScienceAlert
A Tobacco Plant Has Been Engineered to Produce Cocaine in Its Leaves : ScienceAlert