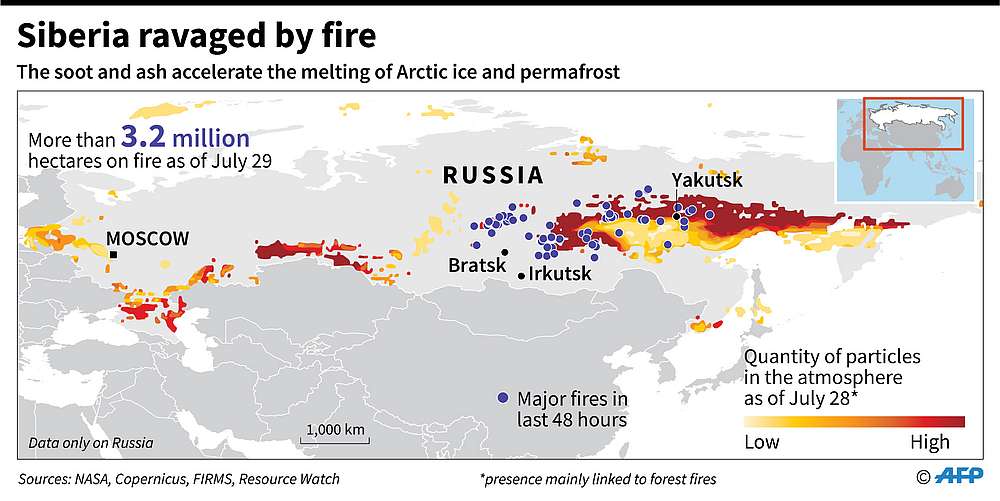 
After less than a month, the devastating wildfires in Russia have burned down more than three million hectares of forest.

And it doesn’t seem to be finished yet.

After a week of rest, it looks like hell again in the northern parts of Siberia and in the far east of Russia.

Forests are burning continuously since the mid July.

The latest official monitorings speak of more than 3 millions hectares of forest burned down.

Most of the forest fires are sweeping across the Krasnoyarsk Territory, Yakutia, the Irkutsk Region, the Trans-Baikal Territory and Buryatia.

Emergency mode has been introduced throughout the Irkutsk Region, the Republic of Sakha (Yakutia), Krasnoyarsk Territory, and in 3 municipal districts of the Republic of Buryatia.

Many fires are still out-of-control. Here a summary:

I bet we won’t see much Russian trees on the market in the next few years.