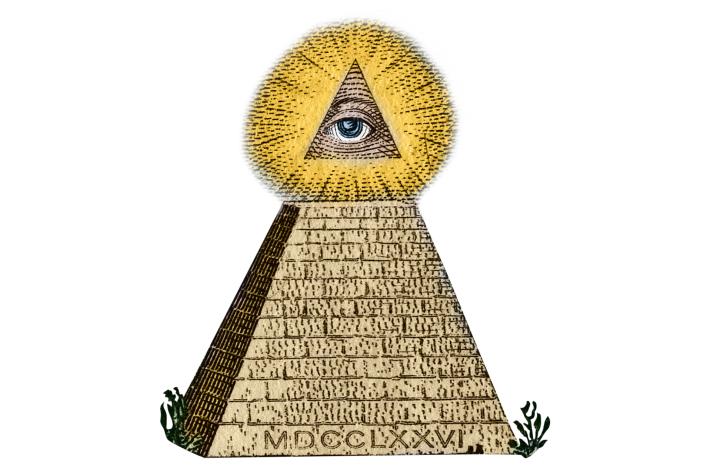 
How did a Bavarian professor ended up creating a group that would be at the center of two centuries of conspiracy theories?

The 18th century German thinker Adam Weishaupt would have been stunned if he had known his ideas would one day fuel global conspiracy theories, and inspire best-selling novels and blockbuster films.

Until he was 36, the vast majority of his compatriots would have been equally stunned to discover that this outwardly respectable professor was a dangerous enemy of the state, whose secret society, the Illuminati, was seen to threaten the very fabric of society.

Born in 1748 in Ingolstadt, a city in the Electorate of Bavaria (now part of modern-day Germany), Weishaupt was a descendant of Jewish converts to Christianity. Orphaned at a young age, his scholarly uncle took care of his education, and enrolled him in a Jesuit school. After completing his studies, Weishaupt became a professor of natural and canon law at the University of Ingolstadt, married, and started a family. On the surface, it was a conventional enough career—until 1784 when the Bavarian state learned of his incendiary ideas.

A closer look at his upbringing, however, reveals that Weishaupt always had a restless mind. As a boy he was an avid reader, consuming books by the latest French Enlightenment philosophers in his uncle’s library. Bavaria at that time was deeply conservative and Catholic. Weishaupt was not the only one who believed that the monarchy and the church were repressing freedom of thought.Get more of the inspiring photos and stories we’re known for, plus special offers.

Convinced that religious ideas were no longer an adequate belief system to govern modern societies, he decided to find another form of “illumination,” a set of ideas and practices that could be applied to radically change the way European states were run.

Freemasonry was steadily expanding throughout Europe in this period, offering attractive alternatives to freethinkers. Weishaupt initially thought of joining a lodge. Disillusioned with many of the Freemasons’ ideas, however, he became absorbed in books dealing with such esoteric themes as the Mysteries of the Seven Sages of Memphis and the Kabbala, and decided to found a new secret society of his own.

Weishaupt was not, he said, against religion itself, but rather the way in which it was practiced and imposed. His thinking, he wrote, offered freedom “from all religious prejudices; cultivates the social virtues; and animates them by a great, a feasible, and speedy prospect of universal happiness.” To achieve this, it was necessary to create “a state of liberty and moral equality, freed from the obstacles which subordination, rank, and riches, continually throw in our way.”

On the night of May 1, 1776, the first Illuminati met to found the order in a forest near Ingolstadt. Bathed in torchlight, there were five men. There they established the rules that were to govern the order. All future candidates for admission required the members’ consent, a strong reputation with well-established familial and social connections, and wealth.

In the beginning, the order’s membership had three levels: novices, minervals, and illuminated minervals. “Minerval” referred to the Roman goddess of wisdom, Minerva, reflecting the order’s aim to spread true knowledge, or illumination, about how society, and the state, might be reshaped.

Over the following years, Weishaupt’s secret order grew considerably in size and diversity, possibly numbering 600 members by 1782. They included important people in Bavarian public life, such as Baron Adolph von Knigge and the banker Mayer Amschel Rothschild, who provided funding. Although, at first, the Illuminati were limited to Weishaupt’s students, the membership expanded to included noblemen, politicians, doctors, lawyers, and jurists, as well as intellectuals and some leading writers, including Johann Wolfgang von Goethe. By the end of 1784, the Illuminati had 2,000 to 3,000 members.

Baron von Knigge played a very considerable role in the society’s organization and expansion. As a former Freemason, he was in favor of adopting rites similar to theirs. Members of the Illuminati were given a symbolic “secret” name taken from classical antiquity: Weishaupt was Spartacus, for example, and Knigge was Philo. The membership levels also became a more complex hierarchy. There were a total of 13 degrees of initiation, divided into three classes. The first culminated in the degree of illuminatus minor, the second illuminatus dirigens, and the third, that of king.

Pressures both internal and external, however, would soon put an end to the order’s expansion into the upper echelons of Bavarian power. Weishaupt and Knigge increasingly fought over the aims and procedures of the order, a conflict that, in the end, forced Knigge to leave the society. At the same time, another ex-member, Joseph Utzschneider, wrote a letter to the Grand Duchess of Bavaria, supposedly lifting the lid on this most secret of societies.

The revelations were a mix of truth and lies. According to Utzschneider, the Illuminati believed that suicide was legitimate, that its enemies should be poisoned, and that religion was an absurdity. He also suggested that the Illuminati were conspiring against Bavaria on behalf of Austria. Having been warned by his wife, the Duke-Elector of Bavaria issued an edict in June 1784 banning the creation of any kind of society not previously authorized by law.

The Illuminati initially thought that this general prohibition would not directly affect them. But just under a year later, in March 1785, the Bavarian sovereign passed a second edict, which expressly banned the order. In the course of carrying out arrests of members, Bavarian police found highly compromising documents, including a defense of suicide and atheism, a plan to create a female branch of the order, invisible ink recipes, and medical instructions for carrying out abortions. The evidence was used as the basis for accusing the order of conspiring against religion and the state. In August 1787, the duke-elector issued a third edict in which he confirmed that the order was prohibited, and imposed the death penalty for membership.

Their legacy, however, has endured and fuels many conspiracy theories. Weishaupt was accused—falsely—of helping to plot the French Revolution. The Illuminati have been fingered in recent events, such as the assassination of John F. Kennedy. Weishaupt’s ideas have also influenced the realms of popular fiction, such as Dan Brown’s Angels & Demons and Foucault’s Pendulum by Italian novelist Umberto Eco. Although his group was disbanded, Weishaupt’s lasting contribution may be the idea that secret societies linger behind the scenes, pulling the levers of power.

THE ASCENT TO ILLUMINATION

The Order of the Illuminati’s complex, 13-grade structure was devised by Baron von Knigge, who applied the model used in the masonic lodges of which he had been a member.

The Christian Eye of Providence (as shown on the great seal of the U.S.A.), later a symbol of FreemasonryIMAGE COURTESY LEEMAGE/PRISMA

First Class
Each novice was initiated in humanitarian philosophy until he became a minerval. He then received the order’s statutes and could attend meetings.

Second Class
The various degrees in this class were inspired by Freemasonry. The illuminatus major supervised recruitment, and the illuminatus dirigens presided over the minervals’ meetings.

Third Class
The highest degree of philosophical illumination. Its members were priests who instructed lower-degree members. The lower orders of this class were themselves under the authority of a king.