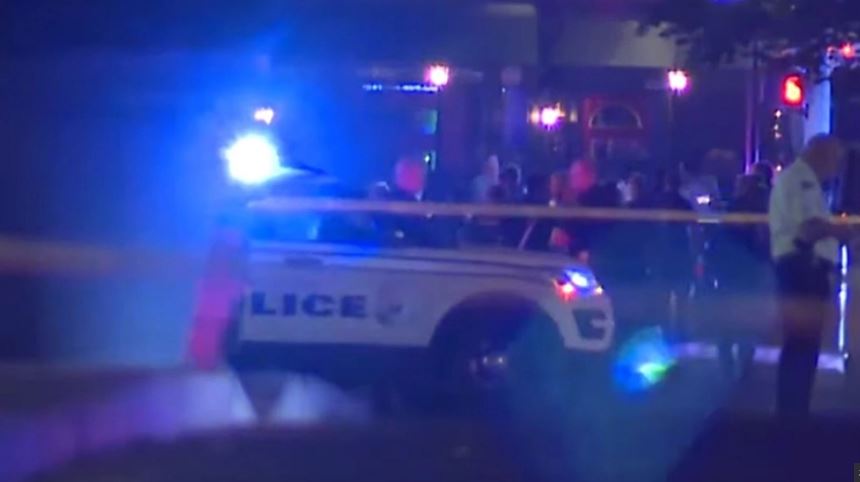 
This scary video released by the City of Dayton, Ohio, shows the exact moment police officers chase and shoot the gunman in Sunday morning’s mass shooting.

The attack began just after 1:00 a.m. after the shooter parked his car and walked through an alley toward 5th street, opening fire on his first victims.

According to news networks, the police responded within 20 second and had killed the shooter within 30 seconds, while, in the meantime, he had already assassinated 9 and injured more than 25.

The scary video is made out of two surveillance cameras near the Ned Peppers bar in downtown Dayton.

The first part of the movie shows people running from the shooter before the shooter appears and is hit by bullets fired by several police officers.

The second angle camera filmed the crowd running up the street again, before police officers appear chasing and shooting the gunman.

This guy was haunted by a demon, probably! And there are still a bunch of his kind that are waiting to make the next headlines! Terrifying! Have a prayer for the victims and their families and friends.

Orcas Are Contaminated With a Forever Chemical Associated With an Unlikely Product : ScienceAlert
Scientists Discover a Weird New Form of Ice That May Change How We Think About Water : ScienceAlert
Bigfoot Has a Very Simple Explanation, Scientist Says : ScienceAlert
Human Brain Organoids Transplanted Into Rats Just Passed a Major Milestone : ScienceAlert
A Billion-Dollar Biotech Company Plans to Bring The Dodo Back to Life : ScienceAlert