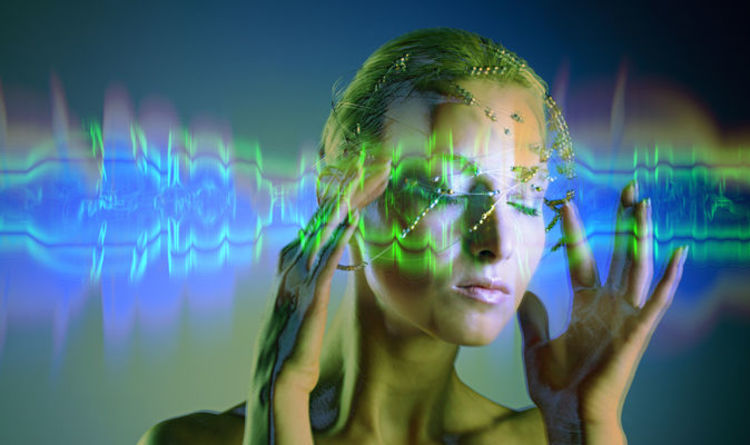 
Neuroscientists connected the human brains via a machine, allowing them to all play a shared game of Tetris with their minds.

The machine works through electroencephalograms (EEGs) which record electrical impulses in the brain, and transcranial magnetic stimulation (TMS) – where neurons are stimulated using magnetic fields.

The researchers behind the invention dubbed the machine BrainNet and believe in the future it could support countless brains which would be able to act essentially telepathically.

The team from the University of Washington and Carnegie Mellon University wrote in their paper published in the online journal arXiv: “We present BrainNet which, to our knowledge, is the first multi-person non-invasive direct brain-to-brain interface for collaborative problem solving.

To conduct the experiment, the scientists set up two ‘senders’ who were connected to EEG electrodes and were asked to play a Tetris-style game where they had to decide whether or not blocks needed rotated.

This involved the senders looking at one of two flashing LED lights – with each of the lights producing different signals in the brain.

The choices were then projected to a ‘receiver’ who was wearing a TMS cap which generates the signals of the senders’ choice in his brain who then had to rotate the block.

Five different sets of three were tasked with playing the game and the setup produced stunning accuracy – more than 81 percent.

And the researchers believe that in the future many human brains could be linked up to solve major problems across a new-age social network.

The researchers conclude in their study: “Our results raise the possibility of future brain-to-brain interfaces that enable cooperative problem solving by humans using a ‘social network’ of connected brains.”

Many Cat Lovers Are Giving Their Cats Unwanted Affection, Study Suggests : ScienceAlert
Jupiter’s Ice Moon Europa Probably Has Upside Down, Underwater Snow : ScienceAlert
Robot Shows It’s Possible to Swim Through The Emptiness of a Curved Universe : ScienceAlert
The Moon Stole Something From Deep Inside Earth Eons Ago, and Scientists Can Prove It : ScienceAlert
Scientists Say ‘space Bubbles’ Could Shield Earth From The Sun, But Would It Work? : ScienceAlert