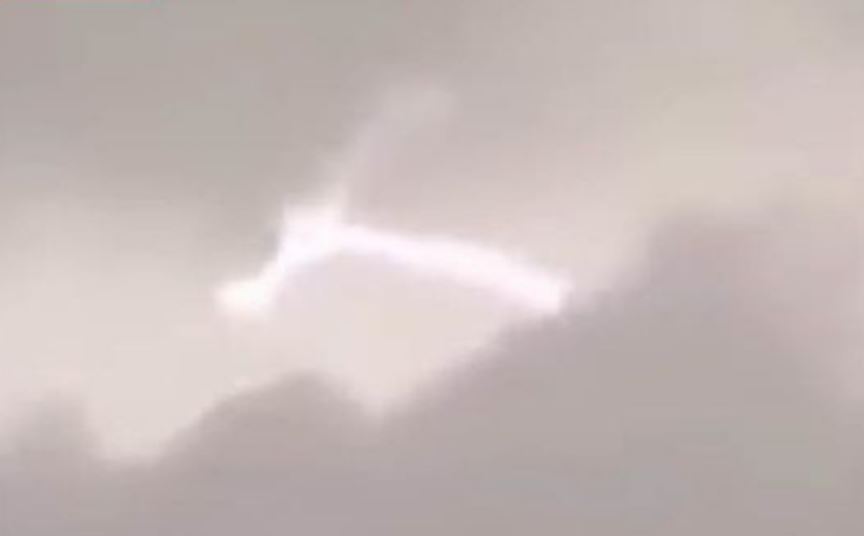 
This video captured in the sky above Brazil is really weird!

It shows an eerie aerial anomaly that some have likened to an angel or a thunder bird hovering in the sky. But what is behind this strange sky phenomenon?

The strange alien shape looks like light refraction but then again it looks like some type of energy source. It’s even got the harmonious appearance of an angel, of Icarus.

Do you think this ghostly form seen moving through the sky amid some dark clouds is real?

It also seems to change shapes multiple times, resembling first an angel with outstretched arms and then a bird flying through the sky. Totally baffling, no?

So what could it be?

An angel or an alien craft?

Some kind of plasma akin to ball lightning that was generated from the storm around it?

A trick of light and shadow? or another hoax?

What’s your hypothesis on that odd video?

People Who Don’t Exist Look More Real Than Actual People, Study Finds : ScienceAlert
Physicists Break Record Firing a Laser Down Their University Corridor : ScienceAlert
This Species of Carnivorous Plant Evolved Into a Toilet And Is Now Winning at Life : ScienceAlert
Sword Mistaken For Replica Is Actually An Ancient 3,000-Year-Old Weapon : ScienceAlert
There’s a ‘Lost City’ Deep in The Ocean, And It’s Unlike Anything We’ve Ever Seen : ScienceAlert