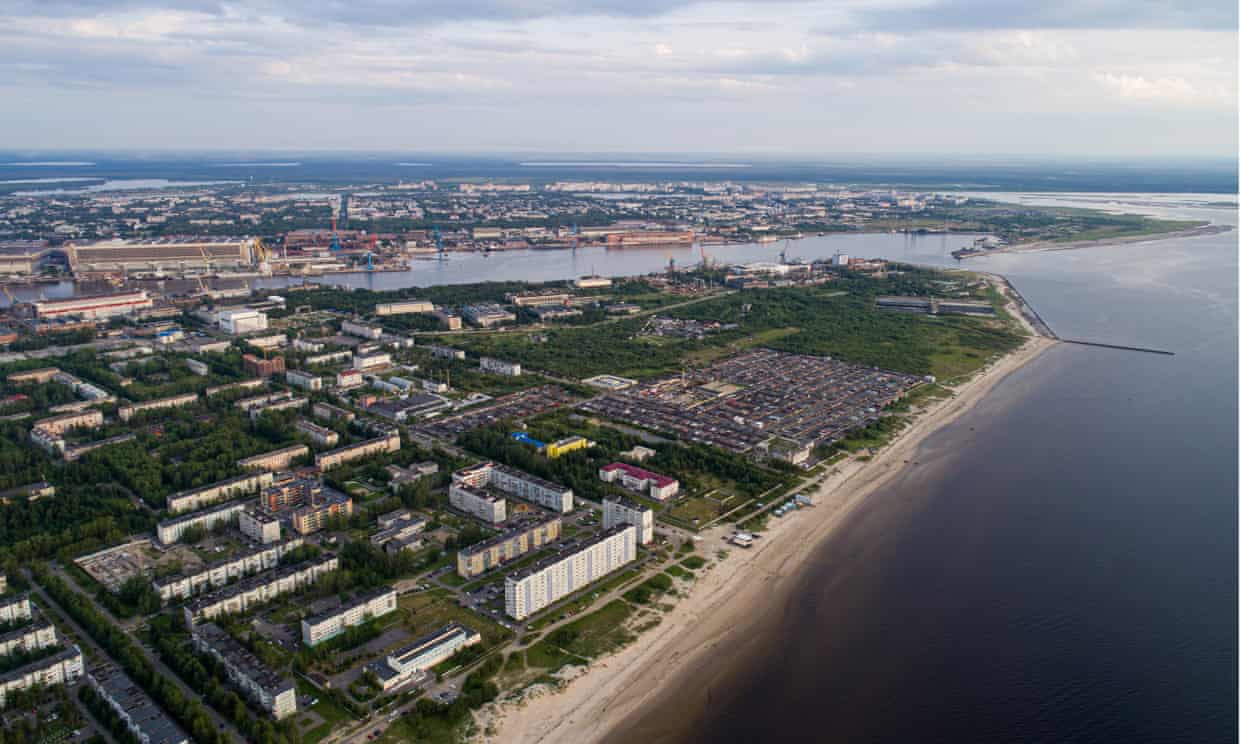 
Russia’s state nuclear agency Rosatom said early on Saturday that five of its staff members had been killed in an accident during tests on a military site in northern Russia.

The accident occurred during tests on a liquid propellant rocket engine, RIA said, citing Rosatom. Or was it a nuclear-powered missile?

Rosatom was quoted as saying that a further three of its staff had received injuries of varying degrees of seriousness during the accident, including burns. They were receiving the necessary medical treatment in specialized facilities, it said.

Russian authorities had previously said that two people had been killed in the incident and that a nearby city had reported a rise in radiation levels when the rocket engine blew up at a testing site in the Archangelsk region on Thursday.

Authorities said they had been forced to shut down part of a bay in the White Sea to shipping as a result.

Local residents have been stocking up iodine used to reduce the effects of radiation exposure after the accident.

Ministry of Defence has given few details of the accident

Although the defense ministry initially said that no harmful chemicals were released into the atmosphere and that radiation levels were unchanged, authorities in the nearby city of Severodvinsk reported what they described as a brief spike in radiation. No official explanation has been given for why such an accident would cause radiation to spike.

Greenpeace has cited data from the Emergencies Ministry that it said showed radiation levels had risen 20 times above the normal level in Severodvinsk around 30 kilometers (18 miles) from Nyonoksa.

The radiation statement put out by the city of Severodvinsk disappeared from the Internet on Friday without explanation.

An unidentified naval officer quoted by the Kommersant newspaper said the accident could have occurred at a testing site at sea and that the explosion of a rocket could have caused a toxic fuel spill.

Russia media have said that the rocket engine explosion may have occurred at a weapons testing area near the village of Nyonoksa, where ballistic and cruise missiles that are used by the Russian navy, are tested.

After the powerful explosion at an ammunition warehouse in Siberia on August 5, 2019, now this really strange and mysterious accident. And Russian pharmacies reporting rise in sale of iodine is kind of terrifying. Hopefully we will soon know, what really happened here.

Planting More Trees in Cities Would Save Thousands of Lives, Scientists Say : ScienceAlert
Ancient Goo Spills The Secrets of How The Egyptians Mummified Their Dead : ScienceAlert
A Lost Interview With The ‘Father of The Big Bang’ Was Just Discovered : ScienceAlert
How a Dead Girl in Paris Wound Up With The Most-Kissed Lips in All of History : ScienceAlert
We Used to Hate Commuting. Now We Realize We’ve Lost Something. : ScienceAlert