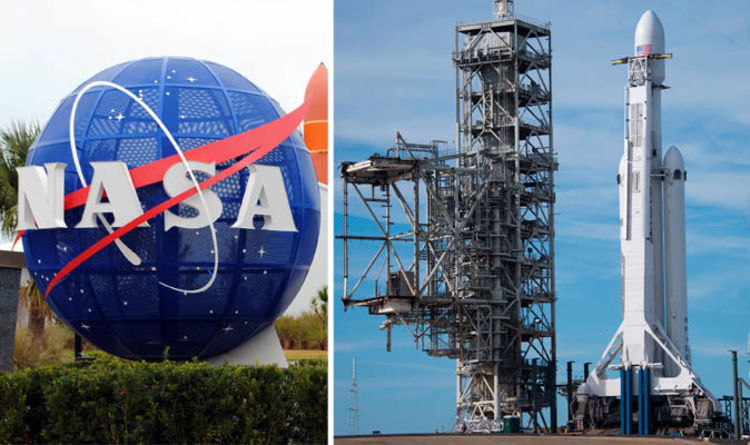 The Falcon Heavy will blast off in just a few minutes from Launchpad 39A at the Kennedy Space Center in Cape Canaveral, Florida.

The unprecedented Falcon Heavy test flight aims to deliver a cherry-red Tesla Roadster into orbit around Mars, to pave the way for future manned missions to the Red Planet.

But will NASA stream the launch happening on its very own doorstep? Unfortunately the space agency’s broadcasting service NASA TV has no plans to stream the test flight.

NASA said: “NASA TV will not be broadcasting SpaceX’s attempt to launch its Falcon Heavy rocket.”

But the good news is that SpaceX itself will broadcast the rocket’s lift off on YouTube, with multiple cameras around the launchpad and SpaceX’s mission control.

Audiences can even look forward to witnessing the rocket blast off directly from the point of view of the rocket.

SpaceX launch: NASA TV will not stream the space mission but SpaceX will

In 2014, NASA and SpaceX signed a 20-year-long property agreement for the use of the rocket launchpad.


According to the space agency, today’s launch is a clear sign that the Kennedy Space Center is growing as the “nation’s premier, multi-user spaceport”.

Robyn Mitchell, the NASA customer advocate, said: “We support launch campaign activities such as propellant and life support services, which includes providing commodities such as helium and nitrogen to support launch, flight hardware transport and roadblock security support near the launch pad.

“When partners, such as SpaceX, are preparing for a launch, we have Support Readiness Reviews.

“While SpaceX is responsible for the launch vehicle and payload, NASA organisations verify support requests are complete and confirm the readiness of Kennedy’s facilities, equipment and infrastructure for launch.”

The Falcon Heavy promises to be the single most powerful rocket to blast off from Earth, since NASA’s Atlas V model.

SpaceX founder Elon Musk pledged to up the ante on the Heavy’s maiden voyage, by having it deliver the world’s first car into space. 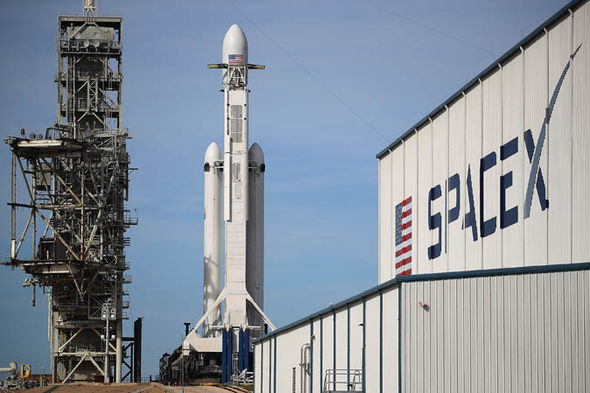 SpaceX launch: The Falcon Heavy will deliver a Tesla Roadster into orbit around the planet Mars

With a total of 27 engines and three Falcon 9 boosters, the Falcon Heavy stands 70m tall and 12m wide.

After launch, SpaceX will attempt to return the rocket’s reusable boosters back down to Earth.

Researchers in South America Discover a New Species of Tiny but Tough Dinosaurs : ScienceAlert
Minor Google Meltdown Exposes The World’s Utter Reliance on a Single Tech Company
The Moon Stole Something From Deep Inside Earth Eons Ago, and Scientists Can Prove It : ScienceAlert
Plants Have Been Keeping a Secret From Us About How Thirsty They Actually Are : ScienceAlert
This Seemingly Simple Foot Feature May’ve Allowed Sauropods to Become Giants : ScienceAlert