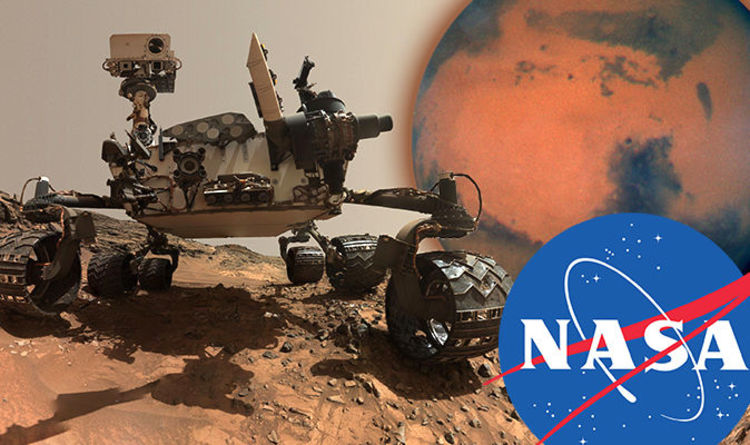 
NASA revealed few details about what will be announced, but the “live discussion” will feature “new science results from NASA’s Mars Curiosity rover,” according to the space agency’s announcement.

The space agency wrote in a statement the “results are embargoed by the journal Science until Thursday 7”.

The press conference is scheduled at 6pm GMT (2pm EDT).

According to NASA, Thursday’s discussion will be hosted by Michelle Thaller, the assistant director of science for communications in the agency’s Planetary Science Division.

Presenters will include Jen Eigenbrode, a research scientist at the Goddard centre.

The Curiosity rover has been exploring Mars since it landed in August 2012 as part of NASA’s Mars Science Laboratory mission.

The rover was launched from Cape Canaveral on November 26, 2011.

In December 2012, the rover’s two-year mission was extended indefinitely.

The Curiosity rover recently started drilling into the surface of Mars again after a nearly two-year break due to a mechanical issue.

Engineers recently revealed they had developed a new technique to restore the robotic explorer’s drilling ability.

The team used its robotic arm to push the bit forward as it spins, similar to how a human might operate a drill.

Curiosity tested out the technique using it to drill a 2-inch-deep hole into a target called Duluth.

The 0.6 inch-wide hole drilled by Curiosity on May 20 marked the first rock sample the rover had captured since October 2016.