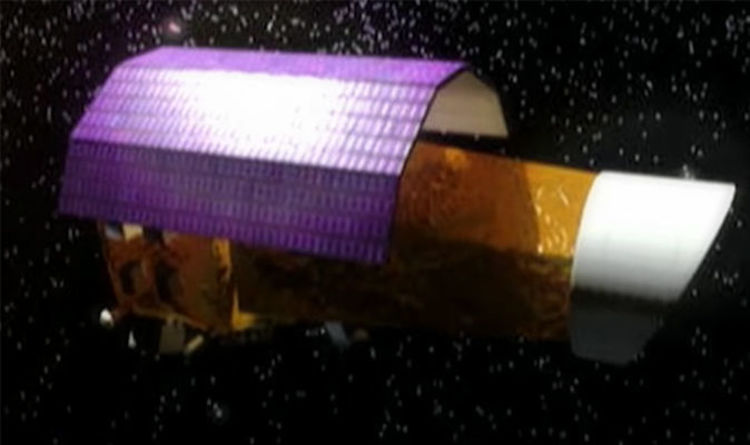 
The telescope had been in operation for nearly ten years after being launched into space in 2009.

NASA commented: “The Kepler space telescope has run out of fuel needed for further science operations.

“NASA has decided to retire the spacecraft within its current safe orbit away from Earth.”

Fuel supplies of Kepler ran out two weeks ago leaving the telescope unable to function.

Between its launch in March 2009 and May 2013 Kepler discovered 2,327 exoplanets, outside the Sun’s solar system, by studying 150,000 stars whilst looking at a small area of sky.

In May 2013 the telescope’s reaction wheels failed, meaning it struggled to maintain orientation, but by 2014 scientists had found a way to direct Kepler again.

The telescope was then used for a series of different 80-day “campaigns”, during which it found another 354 planets.

In total Kepler has discovered about 70 percent of the 3,800 confirmed exoplanets known to humanity.

William Borucki, principle investigator when the mission was launched, commented: “Now that we know planets are everywhere Kepler has set us on a new course that is full of promise for future generations to explore our galaxy.”

Project scientist Jessie Dotson, who works at NASA’s Ames Research Centre in California, told Space.com: “Kepler has taught us that planets are ubiquitous and incredibly diverse.

“It’s changed how we look at the night sky.”

In addition to the confirmed exoplanets it discovered Kepler found an additional 2,900 candidates awaiting vetting, many of which could be confirmed.

The telescope has also been used to take brightness measurements from stars, to help understand their inner workings.

“We’ve seen explosions as soon as they happen, at the very beginning.”

NASA is due to launch the James Webb space telescope in 2021, at a cost of $8.9billion, which will continue much of Kepler’s work.

Mysterious Tendrils Inside The Brain May Control Our Perception of Time : ScienceAlert
A Strange Thing Happens to Wolves Infected by Infamous Mind-Altering Parasite : ScienceAlert
Mars Once Had So Much Water, It Could Have Been An Ocean World, Scientists Say : ScienceAlert
Lyme Disease Is on The Rise, But There Might Be Hope in a New Vaccine : ScienceAlert
Engineers Propose an Ambitious Plan to Bury Excess Carbon at The Bottom of The Ocean : ScienceAlert