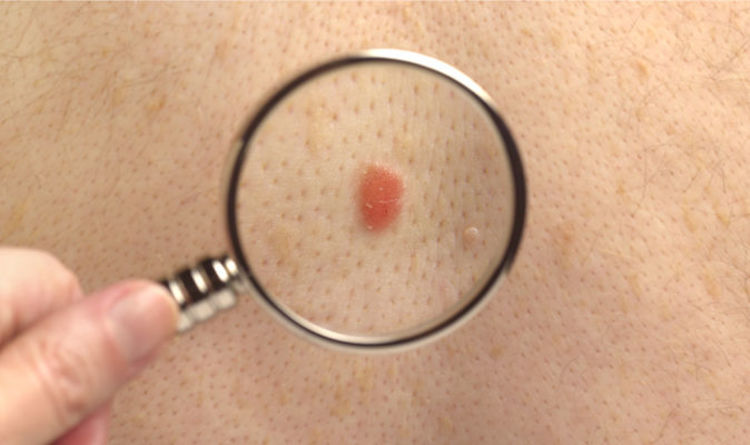 
The massive development saw scientists take an immunotherapy drug and give it a chemical boost to rid mice of melanoma – a malignant tumour associated with skin cancer.

Not only did the drug help to beat the cancer, but the results show that it could help prevent relapses in the future.

A group of scientists from the Scripps Research Institute in California and the University of Texas Southwestern Medical Center began the study by screening 100,000 compounds which would act as a booster for a cancer immunotherapy drug called anti-PD-L1.

The drug is designed as a sort of tranquilliser of cancerous cells, meaning they are unable to evade the body’s immune system.

Eventually, the scientists discovered a chemical called Diprovocim – a compound which binds to proteins to help boost the immune system.

The scientists then took groups of mice with aggressive melanomas – and some were given the drug anti-PD-L1 as well as an injection of Diprovocim whereas some were given just the former.

The researchers found after 54 days the group just given the drug had a zero percent survival rate, yet for those given anti-PD-L1 and Diprovocim – they all survived.

Dale Boger, from the Scripps Research Institute, who participated in the study, said: “This co-therapy produced a complete response – a curative response – in the treatment of melanoma.

“Just as a vaccine can train the body to fight off external pathogens, this vaccine trains the immune system to go after the tumour.

“It was exciting to see the vaccine working simultaneously with a cancer immunotherapy like anti-PD-L1.”

Following the trial, the scientists tried to reinstate the melanoma in the mice, and “it would not take”, Mr Boger said.

He added: “The animal is already vaccinated against it.”

A statement from Scripps said: “Going forward, the researchers plan to do further pre-clinical testing with this vaccine design and study how it works in combination with other cancer therapies.”