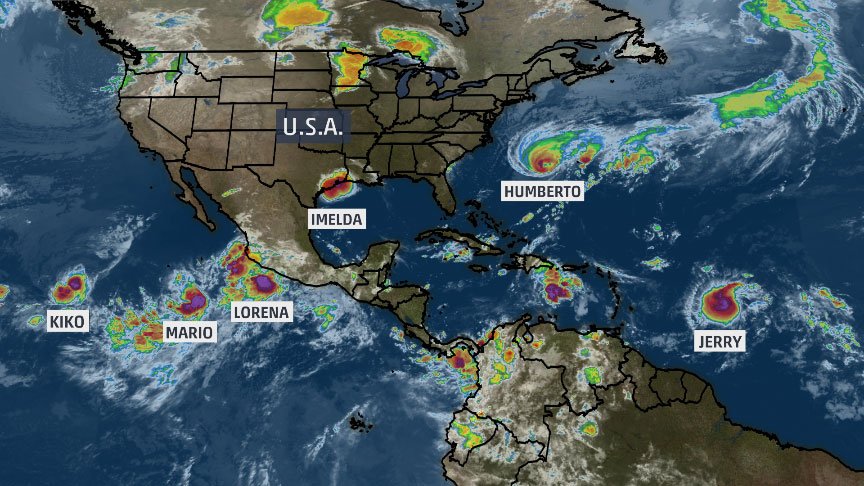 
There are six named storms currently active in the Eastern Pacific and Atlantic basins.

This appeared to tie a record number of active storms at once in the two basins combined.

Six named storms at once in the Atlantic and Eastern Pacific basins appears to have tied a modern record: https://t.co/EKIR53Vt6n pic.twitter.com/DJRCG0ygts

Six named storms are currently active in the Atlantic and Eastern Pacific basins, which appears to have tied a record number of combined storms at once in those two areas.

Four of these tropical cyclones developed on Tuesday alone.

September is the peak month in the Atlantic Basin, and is typically very active in the Eastern Pacific.

The Atlantic Basin is expected to remain active through the end of the month, perhaps into early October.

Earth’s Oxygen Came From an Unexpectedly Deep And Hot Source, Study Suggests : ScienceAlert
Oldest Known Dog Bone Hints Our Best Friends Were With Us Earlier Than Thought : ScienceAlert
An AI Found an Unknown ‘Ghost’ Ancestor in The Human Genome : ScienceAlert
Astronomers See a Star’s Final Scream Into a Black Hole Halfway Across The Universe : ScienceAlert
Study Attempts to Unravel The Best Ratio of Land to Ocean For Exoplanet Habitability : ScienceAlert