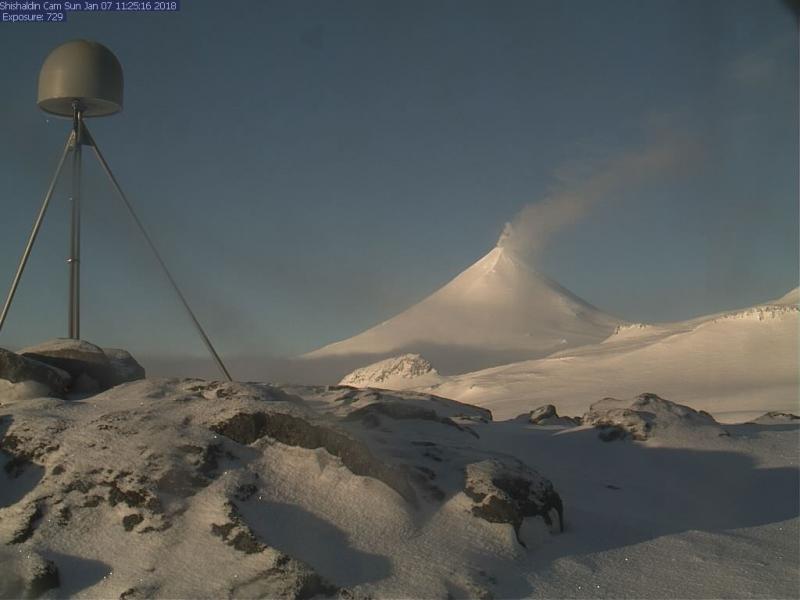 
On July 12, 2019, the Alaska Volcano Observatory raised the Aviation Color Code to YELLOW and the Alert Level to ADVISORY at Shishaldin Volcano.

This change is based on increased seismic activity over the past few weeks, accompanied by elevated surface temperatures at the summit in satellite data. A pilot also observed incandescence in the summit crater during a recent overflight.

These observations represent a departure from normal background activity at Shishaldin, but do not necessarily indicate that an eruption will occur.

Shishaldin volcano, located near the center of Unimak Island in the eastern Aleutian Islands, is a spectacular symmetric cone with a base diameter of approximately 16 km (10 mi).

Shishaldin is one of the most active volcanoes in the Aleutian volcanic arc, with at least 54 episodes of unrest including over 24 confirmed eruptions since 1775.

Most eruptions are relatively small, although the April-May 1999 event generated an ash column that reached 45,000 ft above sea level.

The ring of fire is heating up… The Aleutian Islands in Alaska are also part of it!

Dogs Can Be Aggressive For Lots of Reasons, And One of Them Is You : ScienceAlert
This Species of Carnivorous Plant Evolved Into a Toilet And Is Now Winning at Life : ScienceAlert
Lightning Strikes Create a Strange Form of Crystal Rarely Seen in Nature : ScienceAlert
‘Funky Worm’ Fossil Helps Explain The Mysterious Origins of Amphibians : ScienceAlert
Bacteria Can Use Plastic Waste as a Food Source, Which Isn’t as Good as It Sounds : ScienceAlert