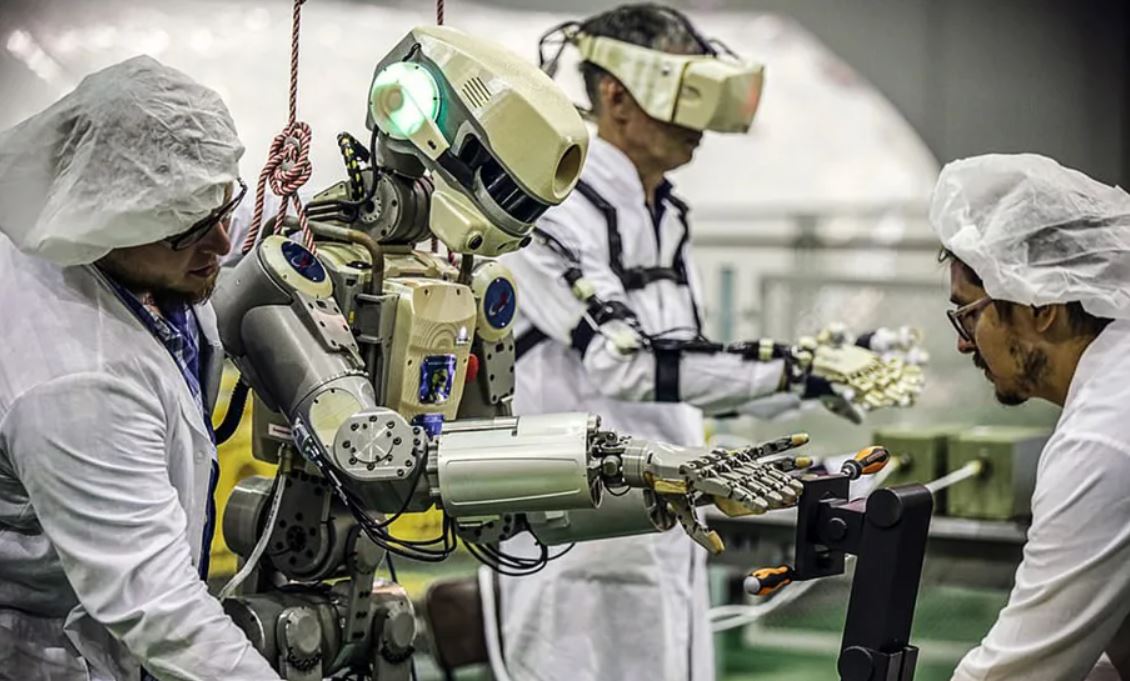 
Russia has launched its first humanoid robot into space.

The robot is on a two-week mission to the International Space Station to support the crew and test his skills.

A Russian humanoid robot is making its way to the International Space Station after blasting off on a two-week mission to support the crew and test his skills.

Known as FEDOR, which stands for Final Experimental Demonstration Object Research, the Skybot F-850 is the first humanoid robot to be sent to space by Russia.

?? Russia’s Soyuz-2.1 rocket with Souyz MS-14 spacecraft carrying Russian humanoid robot #FEDOR aka Skybot F-850 took off from the Baikonur Cosmodrome, is now heading towards the ISS. There he will carry out a 17-day space mission taking part in various scientific experiments pic.twitter.com/f0QgugmR4x

NASA sent humanoid robot Robonaut 2 to space in 2011 to work in hazardous environments.

“The robot’s main purpose it to be used in operations that are especially dangerous for humans onboard spacecraft and in outer space,” Russian space agency Roscosmos said on Thursday after the launch from the Baikonur Cosmodrome.

The ISS is a joint project of the space agencies of the United States, Russia, Europe, Japan and Canada.

Travelling in an unmanned Soyuz MS-14 spacecraft, FEDOR is expected to dock at the ISS on Saturday with 660 kg of cargo including medical supplies and food rations for the crew waiting at the station, NASA said.

Russia for the first time launched into space the humanoid robot “#Fedor“. During the launch of the Soyuz-2.1a rocket, he said: “Let’s go!”, Repeating the legendary phrase of the 1st man in space Yuri Gagarin. Fedor will reach the ISS on August 24 and will stay there for 17 days pic.twitter.com/lfoBGa1u9Y

FEDOR, who is the size an adult and can emulate movements of the human body, has apparently embraced his mission, describing himself as “an assistant to the ISS crew” on his Twitter page.

An according to this video, the Fedor shoots guns. Yes, when left on its own, this humanoid robot can target and grab objects and pass time by doing some push-ups. It will be amusing to see which of these skills will come handy to the robot on ISS.

Meanwhile, “Everything is normal,” a tweet posted on his account said a few hours into his flight.

Viagra Linked to Much Lower Risk of Death in Men, But Questions Remain : ScienceAlert
Dozens in 7,000 Year Old Mass Grave Were Carefully Decapitated After Death : ScienceAlert
An Iceberg The Size of London Has Broken Free From Antarctica Ice Shelf : ScienceAlert
Scientists Reveal The Most Distant Galaxy We’ve Ever Found : ScienceAlert
This Physicist Says Electrons Spin in Quantum Physics After All. Here’s Why : ScienceAlert