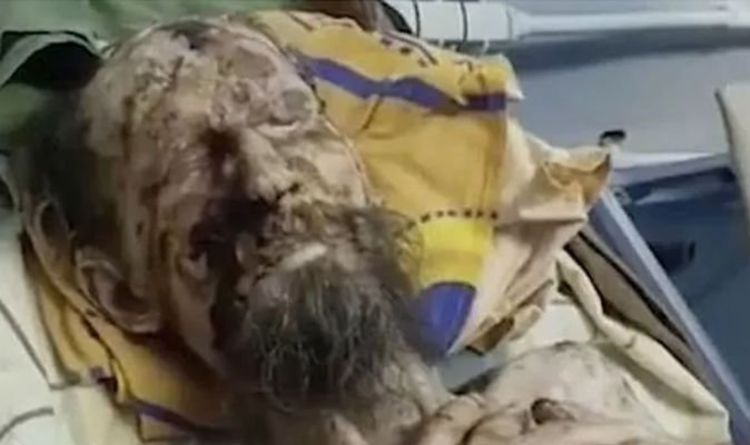 
Reports emerged that the body had been found this week in a cave after the beast allegedly dragged the man to the den. Following the discovery of the man, who was named only “Alexander”, several publications told the story of the man and shared a video of what appeared to be a severely injured Alexander, lying in hospital. Reportedly the man was diagnosed with a broken spine from his clash with a bear.

However, despite reports saying that it was a “miracle” that he didn’t die the story has been revealed as completely untrue according to The Independent.

Local journalists at the time had reported that the video had first emerged on messenger applications with an attached audio file explaining that the man was found in a coffin in a rural district of Sochi.

The report then gained circulation from news agency, Eurasia Daily before becoming a widespread media sensation.

However, a spokesman for the health ministry in the Tuva Republic, told East2West News: “We cannot confirm the case happened in Tuva.

READ MORE: US taking ‘close look’ at Putin’s warships as it ‘heads to Venezuela’

“It was not registered by the Ministry of Health, the Emergencies Ministry or any other official body in the region.”

Speaking to The Independent, Alexei Demin, editor of Eurasia Daily, confirmed that he had received the video from a local news source.

He, in turn, had received the video from his “hunter friends via social media”.

Moreover, Mr Demin confirmed that his website was awaiting additional details on the story.

According to Demin, local police had contacted the publication accusing them of faking the bear story.

On June 19, however, a similar also was reported after the discovery of a man in the Black Sea resort of Sochi.

Like the recent story, the person was also called Alexander and had also survived an incredible attack.

Local teenagers shared picture and videos of the near-dead Alexander on social media.

Soon after, local officials revealed that the story was fake.