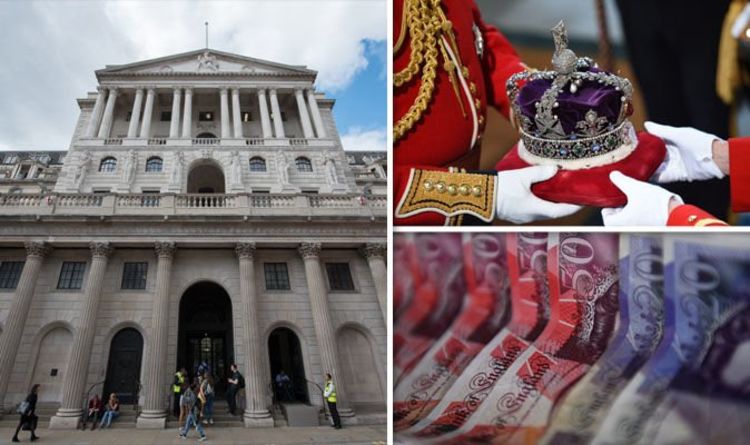 The Rothschild family has gone down in history as one of the richest families in the world. They innovated banking practices and forged close links both with the royal families of Europe and its governments. However, they have attracted criticism for their secrecy and many claim they financed the wars that have savaged Europe over the last 200 years.

The firm was established in the 1760s by Mayer Amschel Rothschild.

From humble beginnings as a coin and medal dealer, he went on to make his name as the “founding father of international finance”.

He passed his fortune on to his five sons, who would become the wealthiest men on earth.

They established trade in London, Paris, Frankfurt, Vienna, and Naples, and the firm became the first multinational bank.

Nathan, in London, became the the wealthiest of the brothers.

Historians note how “Nathan’s ability to depress stock prices by using the network of agents to spread rumours, true or false, and then buy the stock up after people panicked, was legendary”.

In this way, he was able to control the British stock market during the Napoleonic Wars.

In London, Nathan became a well-known figure on the Royal Exchange (Image: Getty)

The firm’s unsurpassed information network gave rise to the a persistent myth about the Battle of Waterloo.

Although disputed by historians, the story goes that Nathan Rothschild actually knew of Napoleon’s defeat a full 24 hours before the rest of London and used his knowledge to influence trade.

A quote attributed to him at this point in history, although disputed, reads: “The man who controls Britain’s money supply controls the British Empire, and I control the British money supply.”

The company went on to bail out the Bank of England in 1826.

No other bank since has been comparable to the wealth they amassed in the nineteenth century, although the exact figures both then and now remain shrouded in secrecy.

Although the banking house of today is a shadow of its former self, their fortune is still estimated to be in the trillions.

The family has been instrumental in British royal history since Nathan became banker to the Prince Regent, later to become George IV, an inveterate gambler and notorious spendthrift.

They worked for Leopold Saxe-Coburg and his nephew Albert, who would become Queen Victoria’s prince consort.

The documentary “The Dynasty of Rothschild” notes how both the Rothschilds and the Saxe-Coburgs were  “two extended German families which were to rise from obscurity to glory in the course of the nineteenth century”.

They had an almost “symbiotic” relationship during the century that would see them become two of the most important families in the world.

The Rothschilds lent a staggering 3.5m gulder to the family in the period 1837-1842 alone.

Added to this, the support the Rothschilds gave to members of the royal house as they ascended thrones across Europe was invaluable.

They financed Victoria’s father when he went to Germany to marry Victoria of Saxe-Coburg.

On the future Queen Victoria’s birth, Nathan hastened to offer financial advice and his exclusive messenger service to the family.

They had their “eye on the future”, says the documentary, as the succession to the British throne became fraught.

This gave rise to more outrageous theories about the family, this time in connection to Queen Victoria.

The first is that Leopold Rothschild, the son of Nathan,  could actually be Victoria’s father.

Victoria’s parentage was disputed, as there was a rush to produce an heir to the throne when the only child of George IV, Princess Charlotte, died without issue.

Theorists point to the unusual occurrence of haemophilia in the royal line as a possible clue.

The blood condition appeared in the royal line with the birth of Victoria’s son, but the hereditary condition was absent in the family before this.

However, there is no evidence that the condition runs in the Rothschild family.

Then, a rumour about Natty, Leopold’s son and Nathan’s grandson, arose, claiming that he actually fathered Queen Victoria’s children, as Albert was unable to.

During her reign, Victoria made Nathan’s sons Antony and Lionel baronet and baron respectively.

A portrait of Queen Victoria and Prince Albert with five of their nine children (Image: Getty)

The family made history again when Lionel Rothschild was elected to the House of Commons, before his son Nathan (Natty) became the first ever Jewish peer.

Besides royal and aristocratic customers, the firm has always funded governments and been close to key political players.

Their links with the rulers of Europe in the modern age include George Pompidou, Prime Minister and President of France, who was a manager at Rothschilds, as were many politicians in Margaret Thatcher’s government of the 1980s.