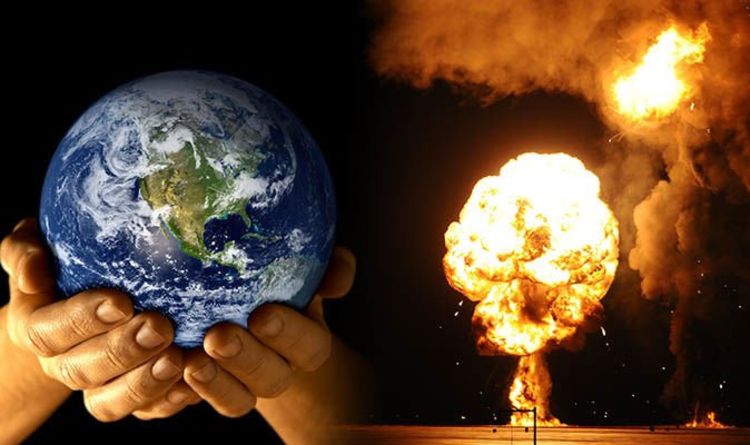 Some of the countries are island nations with political neutrality, meaning the chance of them being invaded are low. Others are listed highly on the World Peace Index, while other nations are so small with a tiny population, combatants may not find any reason to invade at all. Here are the top 10 safest countries if World War 3 did break out.

Switzerland has a tradition of neutrality, which is one of the main principles of the country’s foreign policy.

This means the country will not be involved in armed conflicts between other states, so it ensures external security and promotes peace within its boundaries.

Even though it is surrounded by countries that could be targeted if World War 3 broke out, including Germany, France and Italy, the country is sealed off and protected by mountains which surrounds its border.

Tuvalu is a very remote and neutral country deep in the Pacific Ocean.

It’s extreme location means the country can remain politically non-aligned and its small population and lack of resources means major powers will not have a reason to attack Tuvalu.

The secluded, yet developed nation is not involved in any armed conflicts in the world and its mountainous terrain will help to protect the country from any wars breaking out.

New Zealand also has enough food supplies, clean water and fertile soil to support itself in the short term.

Its peaceful foreign policy means it claims the second spot on the 2018 Global Peace Index.

Since Bhutan joined the UN, the country agreed not to get involved in conflicts.

And as it has no diplomatic relationship with the US, there is no reason to drag the country into any sort of conflict.

Surrounded by mountains, it is one of the most secluded land-locked countries in the world, so is protected if war did begin.

Chile is South America’s most prosperous and stable nation, and ranks higher than all other Latin American nations in human development.

REVEALED: As Switzerland is neutral the country will not get involved in any conflicts (Image: Getty )

The country is highly protected by the Andes Mountains to the west of its borders.

Iceland remains the most peaceful country in the world, according to the Global Peace Index, a position it has held since 2008.

The country is far removed from the rest of the world so it could be left out of any conflict and even if it was involved, it has a mountainous terrain to take shelter in.

Just like Iceland, Greenland is remote, mountainous and politically non-aligned so agin the country will be a safe retreat for anyone seeking refuge from war.

REVEALED: Since Bhutan joined the UN the country agreed not to get involved in conflicts (Image: Getty )

The tiny island nation in the Mediterranean, and is a small island fortress, meaning it has been protected despite many attempts to capture the country over the years.

Its small size also mean combatants of World War 3 might not want to waste an entire nuclear weapon on it.

The country does not have strong ties to the potential combatants of World War 3.

Since the 1930s, the country has been neutral in international relations and has never joined NATO.

REVEALED: Fiji is isolated from any potential invaders given its location (Image: Getty)

According to Irish law, if Ireland were to enter any external military conflicts their involvement must be approved by the UN, Ireland government and the Irish legislature, so the country is unlikely to get involved in WW3, so may be a good place to head.

Fiji lies within the vast expanse of the Pacific Ocean, meaning it is isolated from any potential invaders.

The small island nation has a small population, is neutral in foreign affairs and does not have any resources within its borders to justify an invasion of the islands.

Colossal Exoplanet Is One of The Most Massive Super-Earths Ever Discovered : ScienceAlert
Scientists Glimpse Incoming Asteroid Just Hours Before It Makes Impact : ScienceAlert
Forests at Risk of Burning an Extra 30 Days a Year Without Climate Action : ScienceAlert
Octopus Brains Evolved to Share a Surprising Trait in With Our Brains : ScienceAlert
Chilling Glimpse Into Our Future if We Survive Another Million Years : ScienceAlert