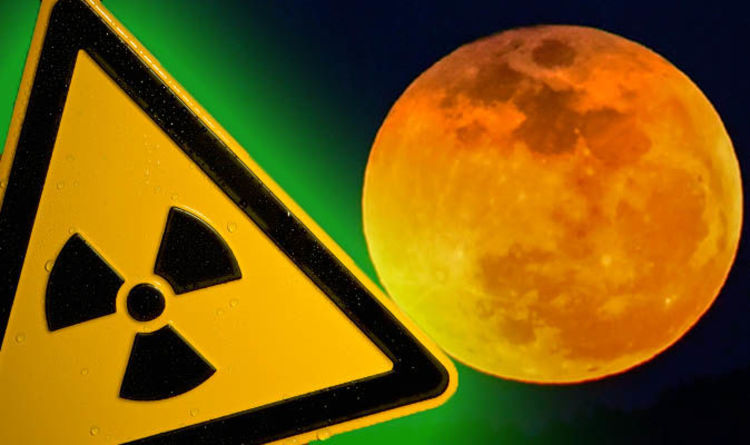 
The blood moon eclipse passed over Earth’s nightside in the early morning hours today, prompting many conspiracists to shield their food from eclipse radiation.

Social media users have now flooded Twitter and other online platforms to urge others not to consume food that was left out in the open today.

Anand Kumar Raj posted on Twitter: “Science has proved that during an eclipse, there is enhanced radiation of ultraviolet and other rays that contaminate food.

“Obviously, the consumption of such food will be harmful for us.”

Doc Vinod also said online: “There are so many villages where people eat in open and feed their babies sky stars and moon…

“During eclipse the reflected rays are harmful to them which may cause mutations.”

E.S. Shridhar also posted: “During lunar eclipse solar rays to the moon are cut off and therefore cosmic radiation from moon during eclipse may allow some bacteria to thrive.

“So fasting is suggested during that period.”

Another person, H.E. Pennypecker approached NASA for answers, asking: “Some people told me to not eat anything and go out during the total lunar eclipse today because of radiation or something.

“Is this true? I think it’s baseless. What do you say?”

But is there any real danger posed by the lunar eclipse witnessed today? Do harmful rays from outer space really damage food and harm people?

Not according to NASA’s space boffins who have addressed several misconceptions that surround both lunar and solar eclipses.

According to the US space agency, there is absolutely no evidence to suggest eclipses have any physical effects on humans.

“For millennia, solar eclipses have been interpreted as portents of doom by virtually every known civilisation.

“These have stimulated responses that run the gamut from human sacrifices to feelings of awe and bewilderment.

There is similarly no evidence whatsoever that food is affected in way, shape or form.

The space agency added: “If that were the case, the same radiations would harm the food in your pantry, or crops in the field.”

The blood moon safely reached totality today, around midday GMT, and the super blood moon is now rising over the Western Hemisphere, seen from Eastern US, Europe and Africa.

Ancient Burial of a Young Girl Shows How We Carried Our Babies 10,000 Years Ago : ScienceAlert
A Stunning New 3D Model of The Cat’s Eye Nebula May Help Us Solve Its Mysteries : ScienceAlert
We Just Got Our Closest View of Europa in 20 Years, And We Can’t Stop Staring : ScienceAlert
These Are The Most Distant Star Clusters Ever Seen, And We Nearly Missed Them : ScienceAlert
Behold, The Epic Last Images Taken by NASA’s Asteroid Redirection Test Spacecraft : ScienceAlert