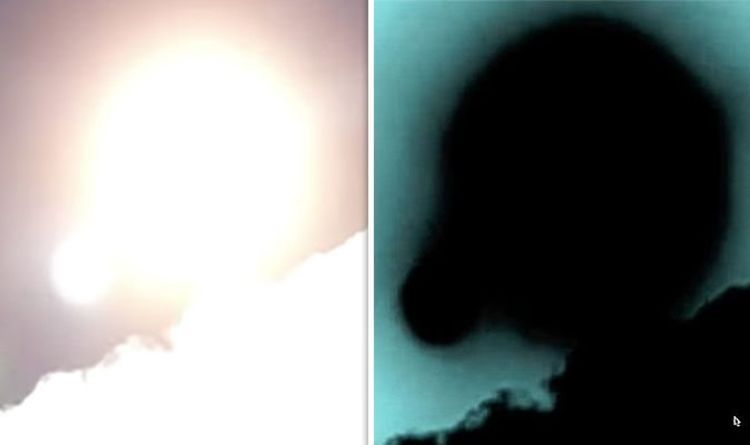 
A bizarre video has prompted huge debate among conspiracy theorists that an impending apocalypse is on the way. The video, believed to have been shot in Michigan shows a rogue space body next to the sun in broad daylight. Commenting on the video, the conspiracy theorist claimed you “can see there is definitely something in the video”.

He added: “Normally this has got something to do with a reflective lens flare, however, it does seem to be stationary.”

The strange object in the sky appears to be smaller than the sun, with its brightness still showing through the clouds.

The theorist claimed the light was seen, despite the video camera being moved around to prove it was not lens flare.

The video was uploaded to conspiracy theory Youtube channel ‘MrMBB333’ and has already been viewed over 120,000 times.

Conspiracy theorists suggested the video was evidence of Planet X, sometimes known as Nibiru or Wormwood, a supposed celestial body heading from deep space on a cataclysmic orbit with Earth.

One viewer said: “Planet X, Wormwood, etc. etc. Whatever you want to call it, it’s here, and it’s getting closer, and the closer it gets the more destruction it’ll bring.”

Another added: “I took several pictures over 3 months and I got the same object in the same place every time. Not lens flare. There is something there.”

Believers of the Planet X conspiracy theory believe the planet is 10-times the size of Earth and orbits the Sun every 3,600 years.

Scientists and astronomers, however, do not believe in the existence of the apocalyptic planet.

NASA said: “Nibiru and other stories about wayward planets are an Internet hoax.

“There is no factual basis for these claims.”

The US space agency stressed there are no astronomical observations to support claims of Nibiru’s existence.

A Tobacco Plant Has Been Engineered to Produce Cocaine in Its Leaves : ScienceAlert
Mars Once Had So Much Water, It Could Have Been An Ocean World, Scientists Say : ScienceAlert
These Mysterious Fungi Belong to an Entirely New Branch on The Tree of Life : ScienceAlert
Study Attempts to Unravel The Best Ratio of Land to Ocean For Exoplanet Habitability : ScienceAlert
People in Portland Planted Trees. Decades Later, a Stunning Pattern Emerged : ScienceAlert