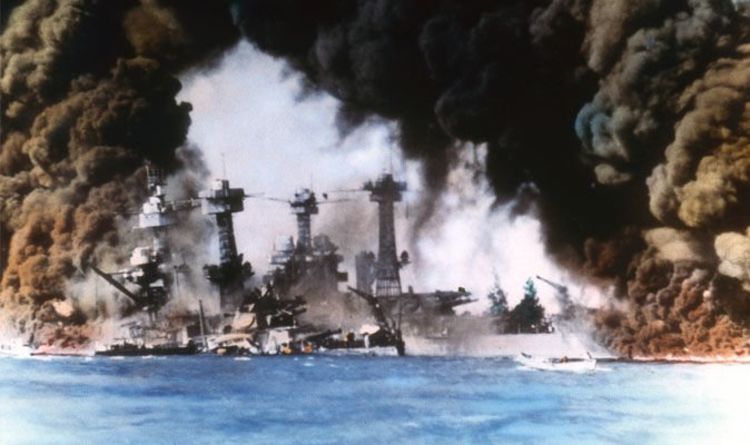 
The bombing of Pearl Harbor occurred 77 years ago today, on December 7, 1941. 2,400 lives were lost in the devastating attack on Oahu, Hawaii, which catapulted the USA into World War 2. Japan’s growing empire “perfectly executed” the precision attack, calculated to disable the US Navy’s Pacific fleet.

It came as a complete surprise to the Pacific Fleet Commander H.E. Kimmel, who faced charges of dereliction of duty.

However, 2016 documentary “Pearl Harbor: The New Evidence” reveals how his superiors in Washington had proof that the naval base was under threat.

“Washington had been holding back vital intelligence from Kimmel for months,” it asserts.

One of the reasons the American Navy was so catastrophically unprepared for the attack was because it was thought that Japanese torpedoes could not be effective in the harbour.

US Army historian Dr Conrad Crane explains how torpedoes of the era worked: “The torpedo hits the water and goes deep into the water, and then comes back up for its run.

“The sense was that if you’re going to drop a torpedo into Pearl Harbor, it’s merely going hit the bottom of the harbour and it’ll be completely worthless.”

“One of the things Kimmel was reassured about was that the 45-foot depth of Pearl Harbor was too shallow for an attack using aerial torpedoes,” confirms historian Martin K. A. Morgan.

However with the discovery of a “crucial dossier”, the documentary reveals how the White House was in possession of information that disproved this assumption.

British forces had executed an extraordinarily successful bombing raid in Italy in 1940, in the first all-aircraft ship-to-ship naval attack in history.

With one very simple alteration, the RAF were able to destroy the battle fleet at anchor in the harbour of Taranto, which was shallower than Pearl Harbor.

“The Brits simply put wooden fins on the torpedoes which meant that when they hit the water, rather than plunging to the bottom and detonating, they simply went in quite shallow and skimmed at the surface and were highly effective,” explains British military historian Andrew Robertshaw.

Washington was sent a dossier of information from the RAF attack, which was recently re-discovered by researchers.

It included a map which “showed clearly that torpedoes were dropped in water far shallower than Pearl Harbor”.

However, US forces never acted upon the critical information.

Author Robbyn Swann continues: “There is absolutely no indication that that map went anywhere. It stayed in the Office of Naval Intelligence until it was found by us during research 75 years after the fact.”

“That was a huge mistake, ” says Tom Kimmel, researcher and the grandson of Commander Kimmel.

It meant that fleet commander Kimmel continued to receive falsely reassuring information, and when the first wave of Japanese planes came at 7.53am, the Pacific Fleet was taken completely by surprise and crippled in just two hours.