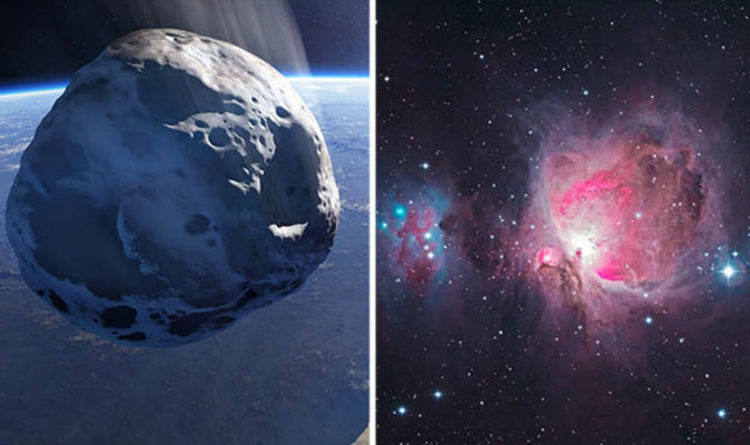 
Astronomers at Harvard’s Smithsonian Centre for Astrophysics Shmuel Bialy and Abraham Loeb have said that ‘Oumuamua, a mysterious object that flew close to the sun, may have been sent by aliens to survey other galaxies.

Originally, scientists reviewed data gathered by the Pan-STARRS-1 survey on ‘Oumuamua’s closest flight to the sun in September 2017 and took notice that the object gained speed instead of slowing down.

The scientists said this was caused by the rock outgassing, releasing gas that was stuck inside it.

Officials later classified it as a comet.

However, Mr Bialy and Mr Loeb disagree with this explanation an argue that outgassing would have sent it into a spin which was something that had not been observed.

Rather, they argue ‘Oumuamua could have been a spacecraft which relies on radiation as a source of power sent to find other signs of life in other galaxies.

Speaking with Universe Today, Mr Loeb said: “We explain the excess acceleration of ‘Oumuamua away from the sun as the result of the force that the sunlight exerts on its surface.

“For this force to explain measured excess acceleration, the object needs to be extremely thin, of order a fraction of a millimetre in thickness but tens of meters in size.

“This makes the object lightweight for its surface area and allows it to act as a light sail.

“Its origin could be either natural (in the interstellar medium or proto-planetary disks) or artificial (as a probe sent for a reconnaissance mission into the inner region of the solar system).”

The two scientists admitted that even if their theory turned out to be true, then there was still the possibility that it was just a “defunct sail floating under the influence of gravity and stellar radiation”.

Loeb wrote: “The alternative is to imagine that ‘Oumuamua was on a reconnaissance mission.

“The reason I contemplate the reconnaissance possibility is that the assumption that ‘Oumuamua followed a random orbit requires the production of ~10^{15} such objects per star in our galaxy.

“This abundance is up to a hundred million times more than expected from the solar system, based on a calculation that we did back in 2009.

“A surprisingly high overabundance, unless ‘Oumuamua is a targeted probe on a reconnaissance mission and not a member of a random population of objects.”

‘Oumuamua is no longer in this solar system and is now too far away for scientists to properly analyse.

Alzheimer’s Gene Doesn’t Guarantee Dementia. Here’s What You Can Do to Reduce Risk : ScienceAlert
Mummies With Golden Tongues Discovered in Ancient Egyptian Necropolis : ScienceAlert
Scientists Revived Ancient ‘Zombie Viruses’ Frozen For Eons in Siberia : ScienceAlert
Do You Need to Drink Eight Glasses of Water a Day? It’s Complicated : ScienceAlert
Octopus Brains Evolved to Share a Surprising Trait in With Our Brains : ScienceAlert