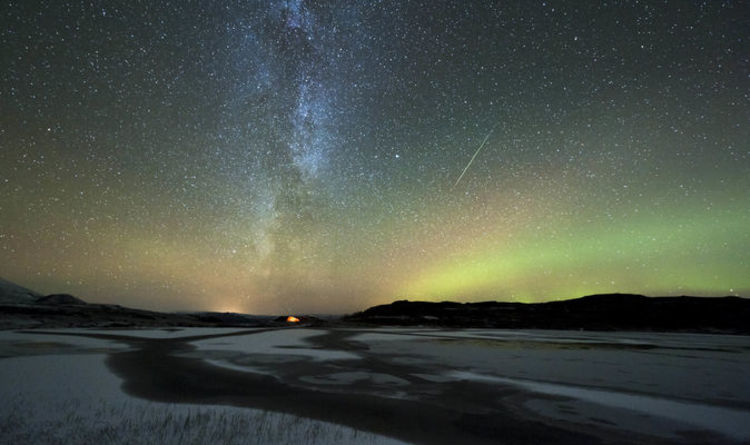 
The annual meteor shower occurs every October usually peaking between October 20 and 21, according to Timeanddate.com.

Originating from Halley’s Comet, the shooting stars get their name from the constellation Orion from where they appear to radiate.

Aside from the Eta Aquarids, the orionids are the only dust matter from Hailey’s Comet viewed from Earth every year.

This year’s Orionid shower has already begun and will last until the first week of November.

But when is the best time to watch the Orionids this October?

Mr Cooke predicts there will be at the less end of the scale with around 20 meteors per hour.

At their peak, Orionids can produce as much as 80 meteors per hour, according to Space.com.

How to watch the Orionids

The essential thing for stargazers is to get out of the city and head for a dark, clear sky free of any light pollution when looking up at space.

Allow enough time to adjust your eyes to the darkness and make sure you are wrapped up as late October is typically cold.

You do not require any special equipment to view shooting stars but be patient as you cannot plan for when they will arrive.

However, Space.com advises people to have look at about 1.30am in the morning on the night.

Mr Cooke told the website to look for Orion the Hunter in the sky, north of his shoulder near to his sword.

People should not gaze in the one spot however “because meteors close to the radiant have short trails and are harder to see — so you want to look away from Orion”, Mr Cooke said.

When are the next meteor showers?

There will be two further meteor showers this year following the end of the Orionids.

The Leonids will light up the sky on November 18 before the best meteor shower of the year, the Geminids, brings things to a close on December 14.

Usually considered the most dazzling meteor shower of the year, the Geminids can produce up to 120 meteors per hour at their best.