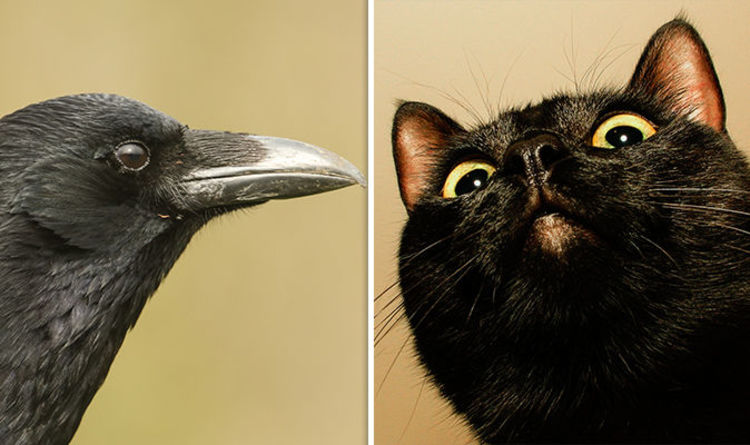 
After the photograph was shared on Twitter it quickly befuddled thousands of people.

On first glance, the picture could resemble a crow but it is, in fact, a cat with its head tilted sideways.

Research director at Citizens for Ethics, Robert Maguire, shared the image, writing: “This picture of a crow is interesting because it’s actually a cat.”

Even media star Jeremy Vine was fooled by the optical illusion trickery, tweeting: “Help me with this.”

In a further development, The Daily Telegraph has revealed global tech conglomerate Google has been hoodwinked by the bizarre photo.

When the “cat-crow” image is submitted to Google’s reverse image search tool, it gives the result “common raven”.

But some American Twitter users went as far as to suggest Google had guessed the bird’s nationality.

The complex algorithm works by analysing the image to determine its most distinctive parts, including lines and textures.

It then uses the data to craft a mathematical model and ascertain precisely what the image is by comparing it with billions of other pictures.

A number of people have drawn comparisons between the “cat-crow” illusion and the “duckrabbit” drawing popularised by philosopher, Ludwig Wittgenstein.

Mr Wittgenstein introduced the image in his work Philosophical Investigations to help explain the difference between seeing and interpretation.

Oldest Known Dog Bone Hints Our Best Friends Were With Us Earlier Than Thought : ScienceAlert
The Brains of Teenagers Look Disturbingly Different After Lockdown : ScienceAlert
Small Lakes Keep Growing Across The Planet, And It’s a Serious Problem : ScienceAlert
Millions of ‘Silent Synapses’ Could Be The Key to Lifelong Learning : ScienceAlert
Mysterious Tendrils Inside The Brain May Control Our Perception of Time : ScienceAlert