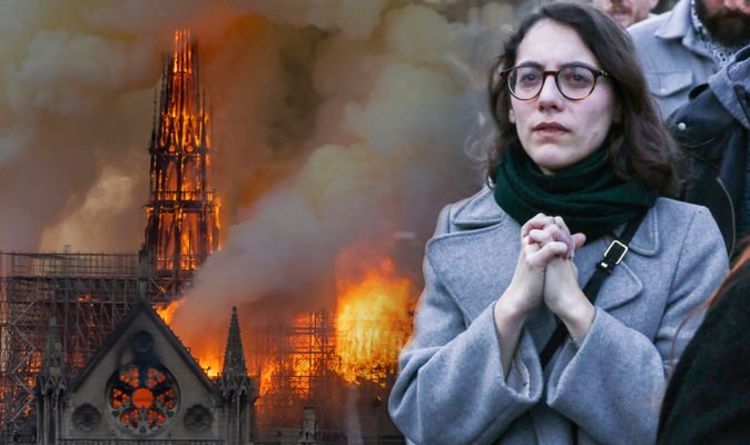 
The devastating Notre-Dame fire broke out in the early evening hours of Monday, April 15, just before 6.50pm local time (5.50pm BST). As a result of the fire, which raged for more than 12 hours, parts of the 12th-century cathedral’s vaulted ceiling have caved in. Paris prosecutors who have initially ruled out foul play are investigating whether the fire was caused by an electrical short-circuit. Whatever the cause of the fire may have been, one astrologer argued the events, which unfolded in France, were preordained by the stars.

Julian Venables of LondonAstrologer.com, told Express.co.uk the Notre-Dame fire was a massive “wake-up call” for the public.

The astrologer likened the fire to the Protestant Reformation of 1517 when German monk Martin Luther protested the Catholic Church selling indulges to raise money for the restoration of St Peter’s Basilica in Rome.

Mr Venables said: “This Notre-Dame fire has a similar resonance. They say history repeats itself, well, it’s happening now because next year is the Saturn-Pluto conjunction.

“So the Catholic Church, Notre-Dame being their main cathedral if you like, are getting the fact of having to change.

READ MORE: Is THIS the bizarre cause of tragic Paris fire?

“People know it’s been scandalised for years, and the church is largely emptying and the current system of the way the religious hierarchy is organised is rigid and it’s now being forced to have a major rethink.

“It just doesn’t work the way it used to and it’s interesting that when that fire happened, just a few days ago, the Sun was still in Aries squaring Pluto and Saturn.”

The astrologer then said the issue will flare again when the Sun directly opposes the two planets in July this year.

When this happens, the question of Notre-Dame will rise once more and the people of France will want to know what to do with the damaged building.

Mr Venables said the cathedral will be restored “of course” but the restoration might not need as much money as anticipated.

Notre-Dame fire donations have poured in from all around the world, with the first £86.5million (€100 million) being pledged shortly after the fire broke out by French billionaire François Pinault.

But Mr Venables said in his opinion there are more pressing issues faced by the planet today, where much needed money could be more effectively spent.

READ MORE: Heartbreaking before and after photos of Notre Dame blaze

The real pressing issues, according to the astrologer are the blatant effects of climate change on the planet.

And as the Sun is about to venture into the zodiac of Taurus, Mr Venables argued the Notre-Dame fire paired with the actions of environmentalists like Sir David Attenborough send a clear signal to the world.

He said: “What happens, is it’s like a wakeup call. Someone’s really ringing the bell on the deck.

“And the Notre-Dane fire is all linked to that because why do these fashion labels, and Apple and all these people say ‘we’ll put hundreds of millions of Euros into this’ when they’re not addressing the fact money needs to be spent on more important things. So, that’s the issue.”