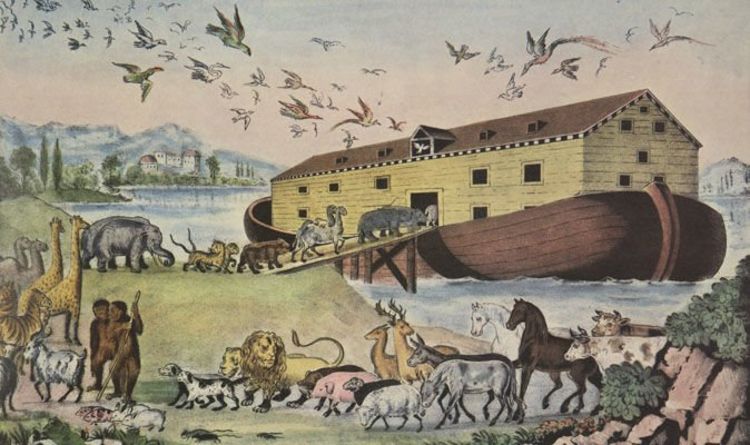 
There is no sight on Earth which matches the Grand Canyon. There are other canyons, other mountains and other rivers, but this Canyon excels all in scenic grandeur. The Canyon stretches for 277 miles (446 kilometres) through northern Arizona, attains a depth of more than 1 mile (1.6 kilometres), and ranges from 4 miles (6.4 kilometres) to 18 miles (29 kilometres) in width. In the walls of the Canyon can be seen flat-lying rock layers that were once sand, mud or lime.

Now hardened, they look like pages of a giant book as they stretch uniformly right through the Canyon and underneath the plateau country to the north and south and deeper to the east.

In Amazon Prime’s “Unlocking Ancient Secrets of the Bible”, scientists questions if the Grand Canyon was created by Noah’s flood.

Christians interpret the canyon as a spillway from Noah’s Flood. One believes it formed slowly, with a little water and a lot of time.

The other believes it formed quickly, with a lot of water and a little time.

The documentary, released in 2007 shows an interview with scientist, John Baumgartner, “One thing you might expect is billions of dead things buried in rock layers laid down by water all over the Earth.

Mr Baumgartner adds, “And that’s exactly what we find in the geological record. A record of lots of things suddenly buried, including very large animals buried whole.”

The Narrator, Roger Moore asks, “How does the theory of a global flood fit with geological features like the Grand Canyon?”

Mr Baumgartner continues, “We tell different stories about its history.

John explains, “This eighteen mile wide canyon and this little bit hundred foot river down there and that river, I suppose, is doing some erosion.”

Roger Moore adds, “At present rates, the river would take million upon millions of years to carve out the Grand Canyon.”

John continues, “But the creationists might see a different idea. This looks for all the world like a larger volume of water came through here and carved this thing out rapidly.

“That would be the great flood of Noah’s day.”

The evidence does, however, point to Noah’s Flood. Today, we see two beach lines from what used to be two large lakes near the Grand Canyon.

Creationists believe that after Noah’s Flood, the lakes got too full and spilled over the top. When water overflows a dam, the weakest point is instantly eroded. Thus, the Grand Canyon would have been formed quickly, supporting the creationist interpretation.

The Bible, however, says that a flood covered the whole earth (see Genesis 7:18-20). This means we should find places where the water drained.

The Grand Canyon is one of those places. It is a washed-out spillway and provides great evidence for Noah’s Flood.