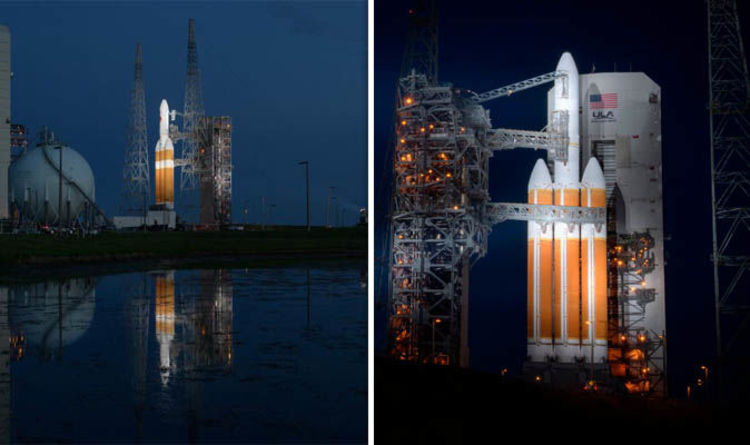 NASA tweeted: “This morning’s launch of @NASASun’s #ParkerSolarProbe was scrubbed. Launch teams will attempt to launch on Sunday morning.”

The object was meant to embark on its historic journey to “kiss” the sun after being delayed this morning.

At 9:21am (4:21am) the teams started their checks again and were able to start their countdown after hearing “you have permission to launch”.

Final checks looked promising as the T-clock, the clock that does the final four-minute countdown, was set.

However, at 9:28am the T-clock was reset again at 1:55am, which made the launch window too small to have lift off.

Teams then began the “recycling process” to shut their systems down as NASA confirmd the mission was scrubbed and rescheduled for Sunday morning.

The car-sized object has set the record for the latest manmade object and was expected to lift off at 8:53am BST (3:53am local time) from Cape Canaveral on the Florida coast.

The Parker Solar Probe has embarked on a historic journey (Image: EPA) 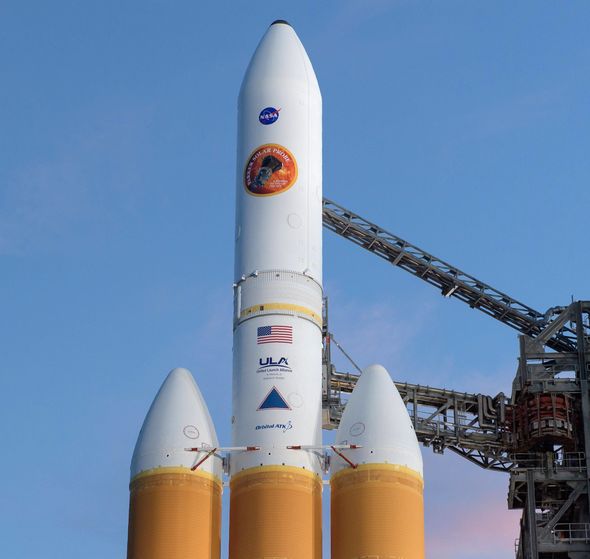 The object will get 4million miles away from the Sun (Image: AFP)

However, a few minutes before the scheduled time the launch team was at “no-go” status.

NASA tweeted: “At this time, our Parker #SolarProbe launch team is in a no-go status as we await further details. Teams are investigating a condition.”

It has not been confirmed what the delay is and the window to launch for today will close at about 9:38am BST (4:38am local time).

Teams have been working to make sure that everything is in order as not everything has given the go-ahead to launch. 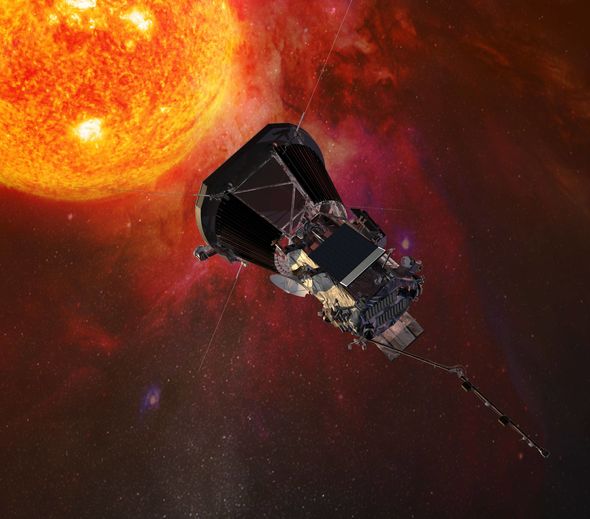 The mission will take seven years and it will take 55 times more energy to go the Sun than to Mars.

The car-sized probe will utilise Venus to try and achieve an orbit around the sun by helping to slow it down. It will take six weeks for the object to get to Venus.

The mission is expected to provide unprecented information about solar wind and fundemental research about the Sun. 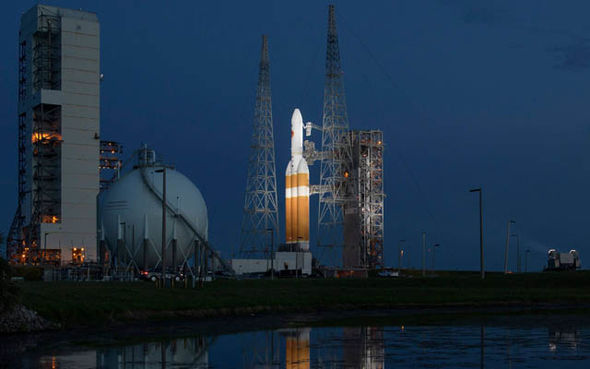 The Parker Solar Probe will take 55xs more energy to get to the Sun than Mars (Image: AFP)

Nicola Fox, the mission project scientist, said on the morning of the scheduled launched: ““We can still see the impact of space weather here on Earth because the solar wind is continually buffeting our planet.”

Furthermore, the mission will help scientists understand how to better protect astronauts from radiation and give insight into overall safety for future man missions.

The Sun is the only star we can observe up close and it will provide vital imformation about other stars in our solar system and beyond.

Yanping Guo of the Johns Hopkins Applied Physics Laboratory, who designed the mission trajectory, said: “The launch energy to reach the Sun is 55 times that required to get to Mars, and two times that needed to get to Pluto.

“During summer, Earth and the other planets in our solar system are in the most favourable alignment to allow us to get close to the Sun.

“To get to Mars, you only need to increase slightly your orbital speed. If you need to get to the sun, you basically have to completely slow down your current momentum.”

When closest to the sun, the four and a half-inch-thick carbon-composite solar shields will have to withstand temperatures close to 2,500 degrees Fahrenheit.

Ms Fox said: “We’ve been inside the orbit of Mercury and done amazing things, but until you go and touch the sun, you can’t answer these questions. 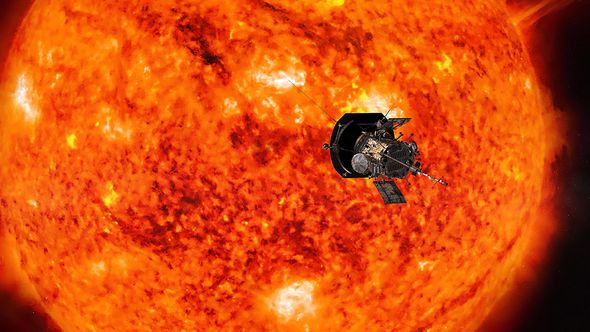 The object will use Venus’ gravity to help steer it to the Sun (Image: AFP)

“Why has it taken us 60 years? The materials didn’t exist to allow us to do it. We had to make a heat shield, and we love it.

“Something that can withstand the extreme hot and cold temperature shifts of its 24 orbits is revolutionary.”

On Wednesday, August 9, NASA’s engineers reported no technical issues standing in the way of the launch.

NASA had predicted a 95 percent chance of favourable weather conditions on the day of the launch.

Amazing New Fossils Provide Earliest Known Traces of The Evolution of Our Jaws And Limbs : ScienceAlert
Experts Estimate The Scale of The Nord Stream Pipelines Methane Leak : ScienceAlert
Ancient Burial of a Young Girl Shows How We Carried Our Babies 10,000 Years Ago : ScienceAlert
A Rare Condition Makes Hair Truly Untamable, All Thanks to These Genes : ScienceAlert
Wolves Really Can Become Attached to Humans Like Dogs Can, Adorable Study Finds : ScienceAlert