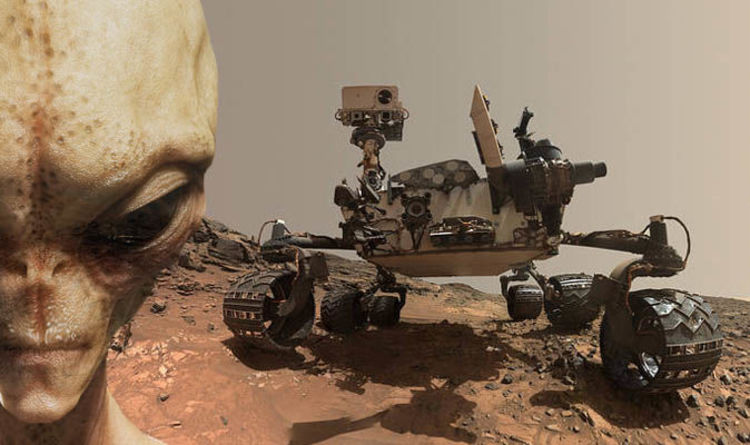 
NASA will present its Mars discovery on Thursday, June 7, in a live televised conference.

The space agency has so far remained silent about the nature of its conference but the live discussion will detail results from the Curiosity Rover’s expeditions.

A space expert from the University of Birmingham has now claimed NASA could have stumbled upon evidence of extraterrestrial life.

The scientist said he believes NASA’s potential discoveries on Mars point towards a planet once teeming with alien life.

Dr Barry DiGregorio told Daily Star Online: “What is the NASA announcement about?

“Since Jennifer Eigenbrode and Paul Mahaffy from the NASA Curiosity SAM organics analysis team are involved, it likely means the west chemistry experiment designed by Eigenbrode that is inside SAM have detected complex indigenous amino acids on Mars.

“This in combination with the discovery of organic molecules and long chain fatty acids will surely point to Mars as a world that once had life.”

Follow Express.co.uk to watch the NASA findings live online as they unfold on Thursday.

Dr DiGregorio previously speculated NASA may have fond evidence of microbial organisms on Mars in one of its previous studies of the planet.

The space expert said: “Honestly, there are a number of speculations about this.

“If they announced that, once that has been satisfied to the general public, people who pay their taxes to send the $2.5billion probe to Mars, they are going to say okay well we discovered life, we don’t need to go there anymore.”

Speculation surrounding the major announcement is now rife and the rumour mill is buzzing with theories of UFOs, aliens and running water on Mars.

“Waiting with baited breathe for this one!”