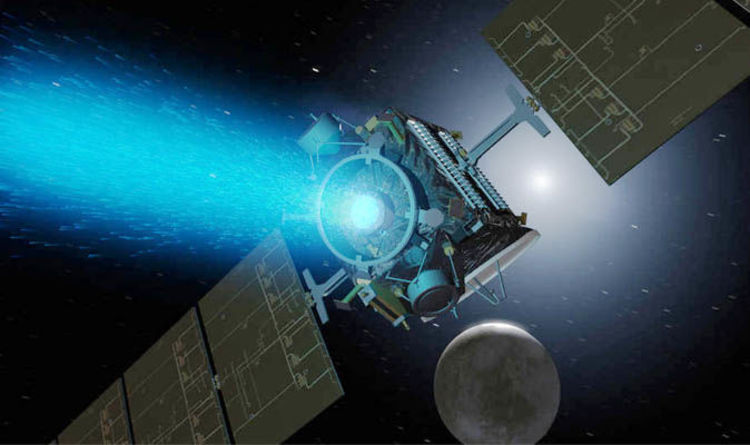 The NASA space probe will continue to explore the solar system for as long as possible, continuing to collect data and images.

NASA’s experts estimate Dawn will run out of fuel in a matter of months, sometime between August and October this year.

When this happens, the spacecraft’s hydrazine-powered engines will cut out and Dawn will completely shut down.

The spacecraft will forever remain locked in orbit around Ceres, a dwarf planet found in the asteroid belt between Mars and Jupiter.

“Dawn is truly an interplanetary spaceship, and it has been outstandingly productive as it introduced these fascinating and mysterious worlds to Earth.”

The Dawn space probe blasted off from Earth on September 27, 2007, on a mission to study protoplanets in the asteroid belt.

Since launch, the spacecraft made successful up-close approaches to Ceres and sister asteroid Vesta – the two largest bodies between Jupiter and the Red Planet.

NASA news: The Dawn spacecraft will run out of fuel in a matter of months

For 14 months between 2011 and 2012, Dawn orbited Vesta to study the giant asteroid’s surface and scan its core.

Then the probe launched itself into the darkness of space on a two-year-long trek to Ceres.

The NASA spacecraft has been investigating the protoplanet since 2015, making a series of incredible discoveries.

Earlier this month the US space agency revealed incredible photographs of Ceres’s surface taken by Dawn.

The up-close snapshots of the planetoid revealed vast deposits of sodium carbonate on the surface – the biggest known deposits of the substance outside of Earth.


Dawn is truly an interplanetary spaceship

All of the discoveries were made possible by the spacecraft’s engines which help NASA keep the probe on track and oriented towards Earth to beam back information.

Once Dawn’s hydrazine tanks run out completely the spacecraft’s thrusters will no longer be able to keep it connected to Earth.

But for the remainders of its days, NASA aims to make full use of the spacecraft and continue exploring the distant space rock Ceres. 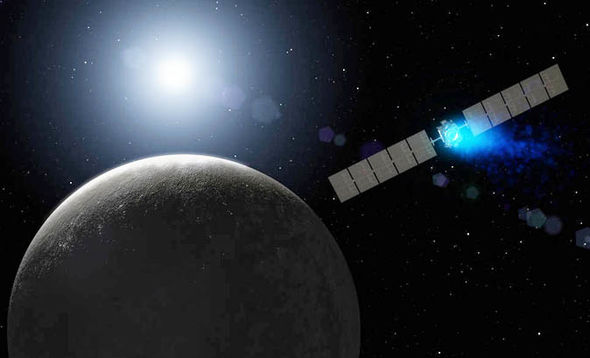 NASA news: The space exploration probe is in orbit around the dwarf planet Ceres

The most recent Dawn observations, which started in early June, are currently focused on the Occator and Urvara crater parts of Ceres.

“Ceres’ unique surface appears to be shaped by impacts into its volatile-rich crust, resulting in intriguing, complex geology, as we can see in the new high-resolution mosaics of Cerealia Facula and Vinalia Faculae.”

The news comes after NASA announced another historic space probe was running out of fuel and would soon meet its fate. 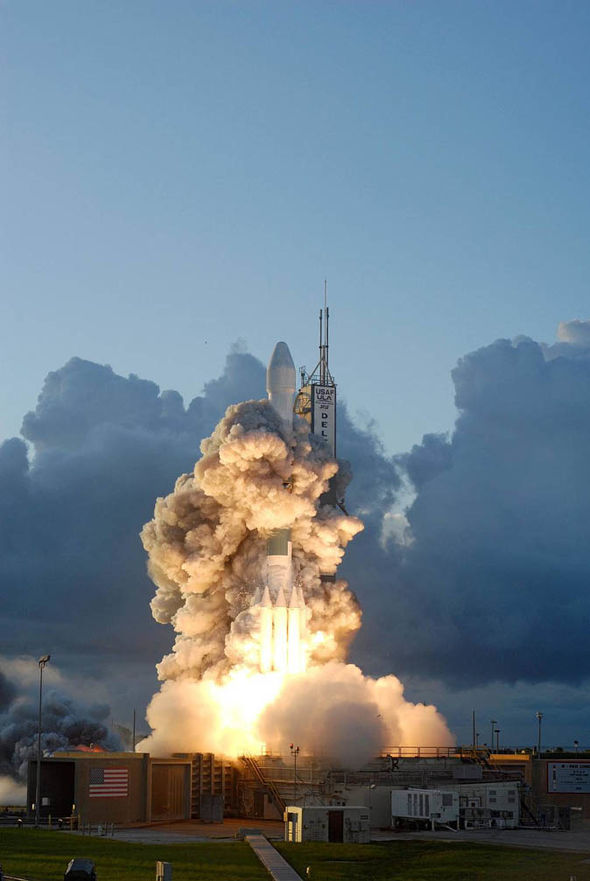 Earlier in June NASA said the exoplanet-hunting Kepler spacecraft will die down within the next few months.

NASA said in a statement: “Trailing Earth’s orbit at 94 million miles away, the Kepler space telescope has survived many potential knock-outs during its nine years in flight, from mechanical failures to being blasted by cosmic rays.

“At this rate, the hardy spacecraft may reach its finish line in a manner we will consider a wonderful success.

“With nary a gas station to be found in deep space, the spacecraft is going to run out of fuel.”

Watch a Tiny Robot Blob Transform Into Even Tinier Bits to Squeeze Through Cracks : ScienceAlert
There Are New FDA Safety Warnings About Breast Implants. Here’s What We Know : ScienceAlert
Does IQ Decline as We Age? One Type of Intelligence Peaks in Your Twenties : ScienceAlert
A New FRB Signal Has Buzzed Nearly 2,000 Times in Just Two Months, Raising a Mystery : ScienceAlert
Why House Fly Barf Is an Overlooked Potential Vector of Disease : ScienceAlert