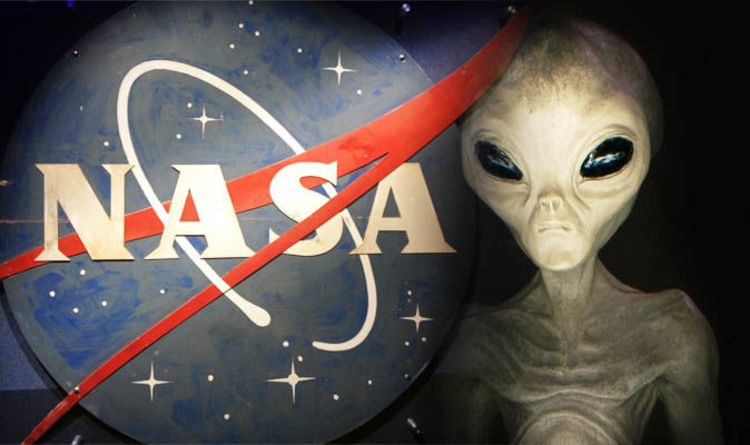 
Seventeen scientists representing the US National Academies of Sciences, Engineering, and Medicine (NASEM) believe the hunt for alien life is paramount.

In a report mandated by the US Congress, the 17 experts claimed astrobiology needs to be at the forefront of NASA’s research in space.

The scientists labelled astrobiology a “field of rapid change” where technological and scientific progress is advancing the quest to discover alien life.

Their report reads: “In the three years since publication of NASA’s Astrobiology Strategy 2015, significant scientific, technological and programmatic advances in the quest for life beyond earth have taken place.

“Scientific advances have revolutionised fields of astrobiological study, ranging from results from missions focused on exoplanets, such as Kepler, to continuing discovery from existing planetary missions.”

The report further argued growing public interest in astrobiology and life outside of Earth will dictate the course of NASA’s research in the “coming decade”.

Astrobiology is the study of the origins, development and spread of life throughout the universe.

NASA established the NASA Astrobiology Institute (NAI) in 1998 in a bid to focus some of its attention on finding extraterrestrial life in space.

The space agency’s astrobiologists have so far primarily looked at candidates for life in the solar system, such as Mars and the moons of Jupiter and Saturn.

In recent years, NASA has found evidence of complex organic molecules in Martian rock, water plumes Saturn’s moon Enceladus and even icy deposits of water on our Moon.

But an ever-growing list of exoplanets discovered far out beyond the borders of our corner of space have expanded the potential number of worlds where life could exist.

Scientists are now hoping to unravel the mysteries of how life begins in the first place and whether these exoplanets have the right conditions for live to thrive.

Towards this goal, the NASEM report encouraged NASA to expand the scope of its research and the boundaries of what exactly constitutes evidence of life.

The report reads: “Planetary environments that may be habitable today or in the past are not necessarily the same as those that could have fostered the emergence of life.

“Evidence from major transitions in environmental conditions from early Earth to today, and an understanding of how they occurred, is critical for the search for life.”

The new report comes in contrast to NASA’s recent efforts to hunt the universe for signs of alien technosignatures – artificially created evidence of life in space.

The search for technosignatures, as opposed to biosignatures, focuses on the detection of radio signals, alien technology but also more obscure markers such as atmospheric pollution on distant exoplanets.

“Technosignatures are signs or signals, which if observed, would allow us to infer the existence of technological life elsewhere in the universe.

“The best known technosignatures are radio signals, but there are many others that have not been explored fully.”