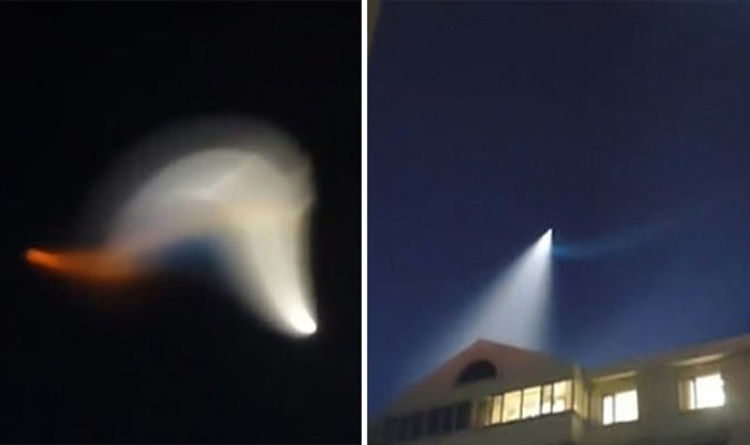 
A mysterious UFO has been captured on camera across a huge region of China on Thursday evening, prompting wide-ranging conspiracy theories.

The unusual sight in the night sky was seen by residents of the Chinese capital Beijing, as well as people in the Chongqing reguion, the Shanxi province and Inner Mongolia.

The two-minute phenomenon was described by witnesses as a “massive tail” or “artificial light” slowly moving across the sky.

Many argued that it was the result of trails left by a high-altitude aircraft activity.

However, others suggested that the bright light cloud in the sky was confirmation of alien visitation.

Another witness referenced last week’s Golden Week holiday when posting: “Is the UFO leaving China after celebrating its national holiday?”

More serious speculation was posted by a respected military magazine editor whose user name was  Weaponmagazine-Xiaoning.

He suggested the footage was evidence of China’s military testing a  top secret hypersonic aircraft, DF-ZF – known to US officials as WU-14.

Leading UFO expert Nigel Watson claimed the footage looked like the trail of a rocket motor, similar to the phenomenon seen following a SpaceX Falcon 9 rocket launch on Sunday night.

He said: “In both cases they are night launches where the rocket exhaust gases look very spectacular and can easily make people think this is a UFO.”