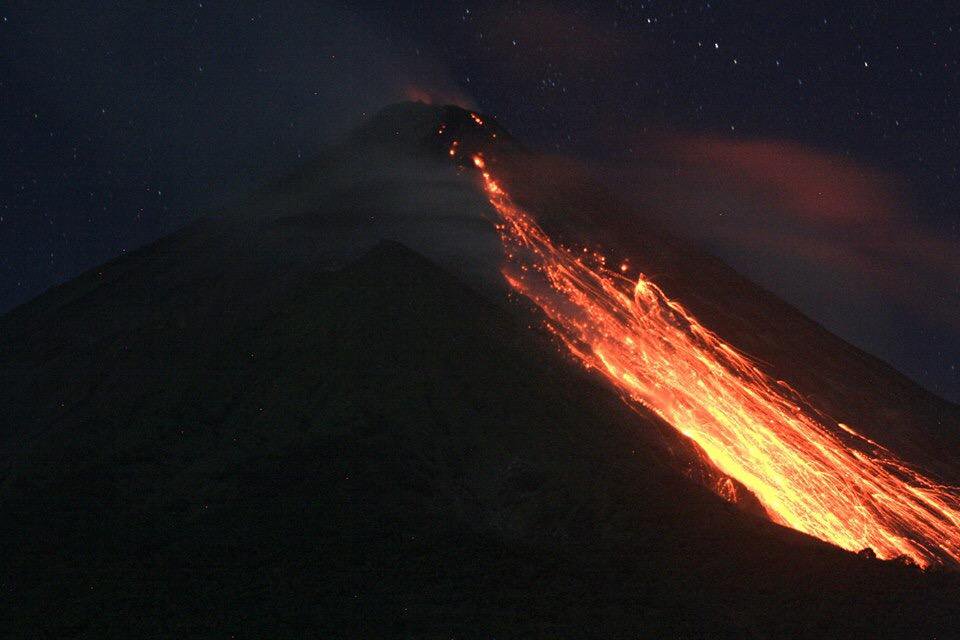 
Mount Karangetan volcano in central Indonesia is erupting since Thursday, spewing large plumes of ash in the sky.

More than 50 people living on the slope of the volcanic peak have been evacuated from Winangun village and taken shelter in a church.

Mount Karangetan’s alert status is now at the second-highest level, with a no go zone covering an area up to 4 kilometers from the crater.

Karangetan volcano, which is one of the 129 active volcanoes in Indonesia, has entered its latest eruption phase in Nov. 25, 2018.

Hypertension Drug Shown to Extend Lifespan And Slow Aging in Animals : ScienceAlert
Sword Mistaken For Replica Is Actually An Ancient 3,000-Year-Old Weapon : ScienceAlert
‘Funky Worm’ Fossil Helps Explain The Mysterious Origins of Amphibians : ScienceAlert
Dogs Can Be Aggressive For Lots of Reasons, And One of Them Is You : ScienceAlert
Scientists Create Shapeshifting Humanoid Robot That Can Liquefy And Reform : ScienceAlert