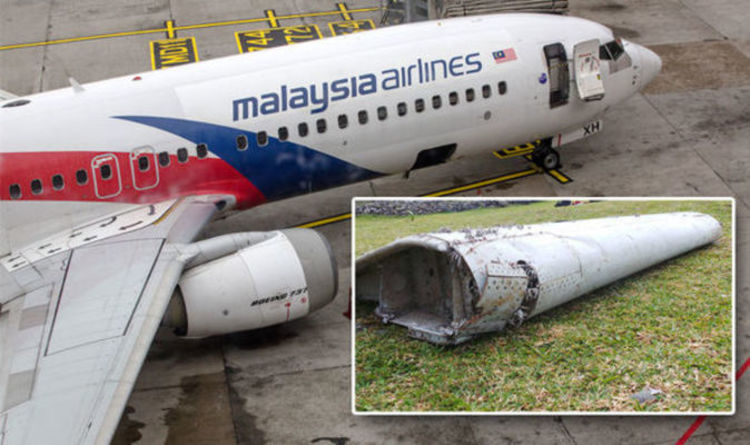 
Lyndsay Edwards, who is said to have predicted the election of Donald Trump and Prince Harry and Meghan Markle’s engagement claims she has now solved the MH370 mystery.

Malaysia Airways Flight MH370 was en route from Kuala Lumpur to Beijing exactly four years ago when it mysteriously vanished over the Indian Ocean.

The disappearance is one of the world’s greatest mysteries with numerous efforts trying and failing to locate the missing plane – with searches for MH370 still ongoing.

MH370 took with it 239 passengers and crew, with the disappearance never solved sparking dozens of conspiracy theories.

Pieces of the plane have been found floating on the ocean surface and 46,000 square miles of sea floor has been scanned for the plane.

She claims her spirit revealed the plane blown up by a suicide bomber who did not act alone.

Edwards said: “MH370’s remains will never be found. The mystery will be solved if authorities link the making of explosives to someone who was on board the plane.

“I pray the authorities will make progress with their investigation to bring the families some answers.

“My spirit guide is showing me that a device was detonated on board MH370 and the plane was blown into many many pieces midair, the explosion was so intense that the pieces are literally scattered so far apart across the ocean, some are even now stuck and partially buried in the ocean.

“This device being detonated was a deliberate act of terror which was very carefully planned and conducted.

“The person responsible sacrificed their own life in order to carry out this sickening attack and they did it as an extremist.

“This person didn’t act solely and had some assistance and was encouraged to act this way in revenge by terrorist groups.

“I am told by my spirit guide that the odd piece may be recovered from the ocean over time and even years and years into the future but the plane is in so many small pieces that basically no.

“The only way the mystery will be resolved is if the authorities can trace the making and gaining of materials of the explosive device here to someone who was on board that plane.

“Then they can start to piece together the puzzle but still it’ll never be a definite answer and would be left as a ‘it’s likely this happened’.”

Thousands of people believe that some of us are psychic and can predict the future or look into the past, but there is no scientific evidence to back this up.

Sceptics say psychics get as many predictions wrong as right and it is down to luck, or by keeping premonitions vague, that they are credited with being right.

MH370 vanished after its aircraft communications and reporting systems were switched off less than an hour after take-off.

According to US oceanographer David Gallo, MH370 could be “perfectly preserved” on the sea bed.

‘Funky Worm’ Fossil Helps Explain The Mysterious Origins of Amphibians : ScienceAlert
An Iceberg The Size of London Has Broken Free From Antarctica Ice Shelf : ScienceAlert
These 5 Traces of Ancient Ancestors Still Exist in Human Bodies Today : ScienceAlert
This Species of Carnivorous Plant Evolved Into a Toilet And Is Now Winning at Life : ScienceAlert
Viagra Linked to Much Lower Risk of Death in Men, But Questions Remain : ScienceAlert