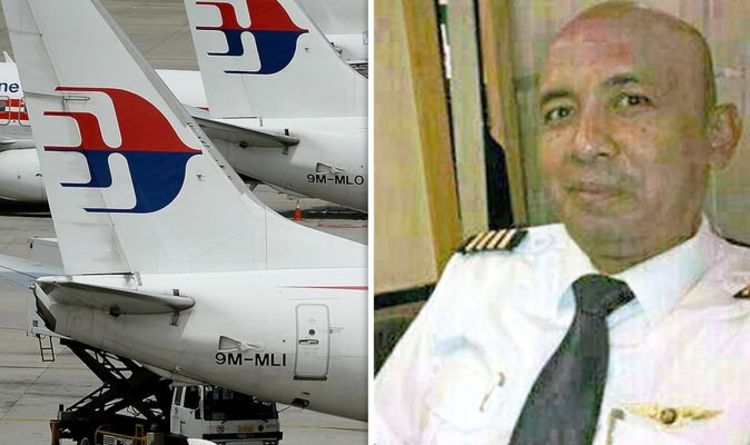 MH370 departed Kuala Lumpur airport on March 8, 2014, destined for Beijing, China. The Boeing 777, which had 239 people on board, last communicated with air traffic control at 1.19am, before mysteriously vanishing over the South China Sea. Radar and satellite data showed how the aircraft suddenly changed course and flew back across Malaysia before turning south of Penang and then towards the southern Indian Ocean.

Leading air crash investigator Christine Negroni claimed during her book “The Crash Detectives” that Mr Shah may not have been in the cockpit when disaster struck.

Ms Negroni believes the plane suffered a sudden depressurisation while the experienced captain was taking a bathroom break.

She wrote last year: “I find it logical to assume that Zaharie visited the business-class bathroom near the flight deck that is also used by the flight crew.

“In this and all the airline’s 777’s bathrooms, a drop-down mask is there to provide oxygen in the case of depressurisation.

The captain was unable to regain command of the plane

Ms Negroni theorises that Mr Shah tried to make it back to the cockpit, but struggled to catch his breath.

She adds: “The distance between the bathroom and the cockpit s just a few steps, but like Fariq, Zaharie was a smoker and probably more susceptible to the effects of oxygen deprivation.

JUST IN: MH370 BOMBSHELL: Pilot was in control during shock U-turn says expert

Fariq Abdul Hamid was the co-pilot of MH370 (Image: INSTAGRAM)

“Or did he, by force of habit, stop outside the door and enter the code?

“Did he lose precious seconds struggling to remember a passcode he did not need?”

She continued: “Or did he just grab the handle and open the door, but succumb to the lack of oxygen before getting into his seat?

“Pilots at Malaysia Airlines tell me that in a rapid decompression, it would have been very difficult for Captain Zaharie to get back onto the flight deck.

“All the previous cases of rapid depressurisation on airliners, those that successfully landed and few that crashed, bring home chilling clarity that physical exertion eats away at the too-few seconds of useful consciousness.

“The captain was unable to regain command of the plane.

“If he had things might have turned out very different.”

Ms Negroni also detailed her entire theory on what she belives happened while Zaharie was apparently out of the cockpit.

She wrote: “My theory is that an electrical malfunction knocked out the systems on the Boeing 777 and that the plane lost pressurisation incapacitating the pilots.

Intriguing Meteorite From Mars Reveals ‘Huge Organic Diversity’, Scientists Say : ScienceAlert
JWST Has Found Life’s Elemental Building Blocks in The Depths of Darkest Space : ScienceAlert
Study of 500,000 Medical Records Links Viruses to Alzheimer’s Again And Again : ScienceAlert
Mysterious ‘Zone of Uncertainty’ Inside The Brain Reveals a Surprise : ScienceAlert
Dogs Can Be Aggressive For Lots of Reasons, And One of Them Is You : ScienceAlert