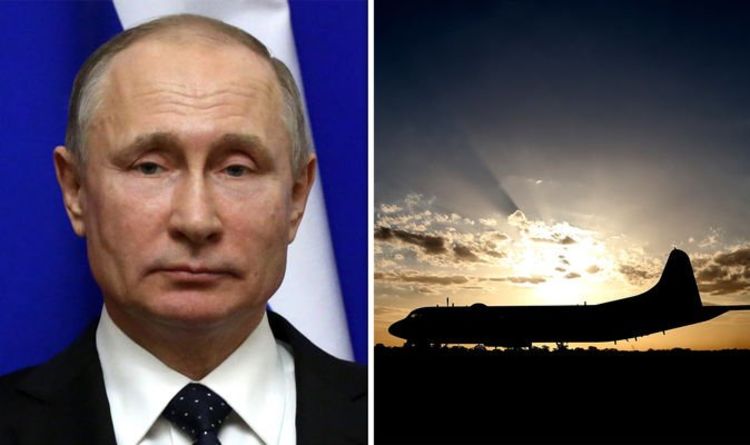 
MH370 went missing on March 8, 2014, en route from Kuala Lumpur to Beijing with 239 people on board. The official investigation concluded that the plane most likely ended up at the bottom of the Indian Ocean, but there are many that dispute this. Science journalist Jeff Wise believes the MH370 tragedy was a concerted effort by the Russian government to distract the world from the conflict in Ukraine.

Mr Wise told Channel 5 documentary ‘Flight MH370’: “It turns out that the people who did it was the Russians – that this was an effort by Russian military intelligence.”

He added that he believes Russia was attempting to divert the eyes of the world away from Crimea.

In February-March 2014, the Crimean peninsula was annexed by Russia, following a military intervention in the Ukrainian revolution.

In fact, another Malaysia Airlines plane – MH17 – was shot down over Ukraine in July that same year, killing 298 people.

Mr Wise said: “You have to understand this comes in the context of Russia has just annexed Crimea.

“It’s getting a lot of heat for it and would really love for people to talk about something else, anything else.

“And so the world’s attention shifts completely away from this nasty business in Ukraine and all the way over here.

The basis for this theory is the idea that Russian military intelligence officers somehow managed to interfere with the aircraft’s communications to send out false information.

One of the most confusing parts of the MH370 mystery is why a hijacker would turn off the transponder and then turn it back on again.

He said: “I think this reboot is fishy.”

British satellite telecommunications company Inmarsat provided data to the official investigation which gave two possible routes the plane could have flown based on communications with MH370 in the hours after it disappeared.

The first corridor does south deep into the Indian Ocean and the second goes north and ends up in Kazakhstan.

Whilst the evidence seems to suggest flight MH370 took the southern corridor, Mr Wise claims this is the fake data being sent out.

Mr Wise said: “It is possible too create a set of data that looks like it’s taking you to the southern Indian Ocean when its actually going in the opposite direction.

“So you could create what is essentially a false trail of breadcrumbs.”

This would explain why no wreckage has ever been found in the Indian Ocean.

Only three confirmed parts of MH370 have been discovered, washed up on the two islands and on a Tanzanian beach

Mr Wise claimed these pieces were planted in order to continue the ruse.

This explanation would fit in with what is known about the hijackers – that they are highly experienced and knowledgeable about flying – and would explain the lack of wreckage.

However, there is no proof that Russia was responsible for this disaster and this is not the theory that is currently held by the authorities.

There are dozens of different theories as to what happened to MH370, who is responsible and where it is now, but to this day it is still a mystery.

Armour-Plated Dinosaur’s Last Meal Found Beautifully Preserved, 110 Million Years Later
Astronomers Have Filmed a Black Hole Blasting Out Jets Close to The Speed of Light
They Did It! SpaceX And NASA Have Made History With First Crewed Launch
Astronomers Pinpoint The Origin of Huge Gas Bubbles Flowing Out of The Milky Way
Scientists Discover The Oldest Known Parasitic Relationship