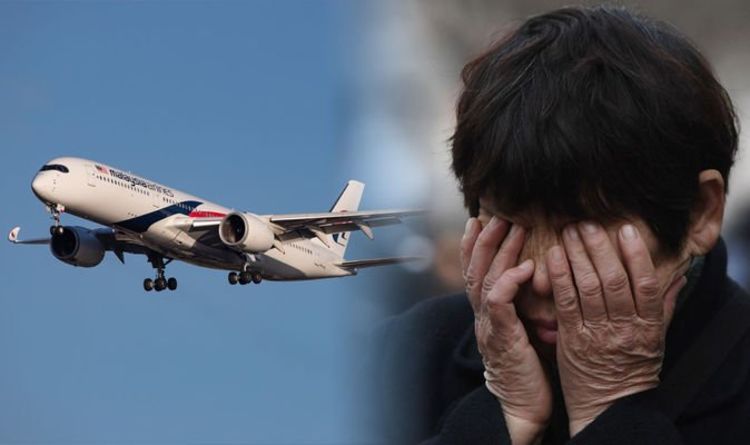 
An MH370 expert who has committed his life to finding debris from the missing Malaysian Airlines plane believes he may have found a final message from a passenger. Blaine Gibson, a retired lawyer, became perplexed by the disappearance of the aircraft and wondered if debris has washed up on a beach somewhere. After searching countless beaches, Mr Gibson drew his attention to Madagascar where he found several items including a message.

Mr Gibson said he found three pieces from MH370 on the first day of his search, the Atlantic reported.

He has found a few backpacks and purses which have all been empty.

But he also found a baseball cap with a message in Malay written on the underside.

The message read: “To whom it may concern. My dear friend, meet me at the guesthouse later.”

READ MORE: MH370 bombshell: Investigator warned he will be KILLED

Heartbreakingly for that passenger, they wouldn’t meet their dear friend.

Mr Gibson is responsible for finding a third of the MH370 debris in the search but has yet to discover where it’s coming from.

The US investigator has received death threats for searching for the missing craft.

Mr Langewiesche wrote on the Atlantic: “One message said that either he would stop looking for debris or he would leave Madagascar in a coffin.

“Another warned he would die of polonium poisoning.

“He has been traumatised.”

The self-styled investigator added: “He largely avoids disclosing his location or travel plans, and for similar reasons avoids using email and rarely speaks over the telephone.

“He frequently swaps out his Sim cards. He believes he is sometimes followed and photographed.”

Jupiter’s Ice Moon Europa Probably Has Upside Down, Underwater Snow : ScienceAlert
‘Extreme Heat Belt’ to Snare 100 Million Americans in Decades, Scientists Warn : ScienceAlert
A Nuclear War Could Starve Billions, But One Country May Be Safer Than The Rest : ScienceAlert
Scientists Achieved Self-Sustaining Nuclear Fusion… But Now They Can’t Replicate It : ScienceAlert
These Asteroid Particles May Be Our Most ‘Pristine’ Sample of The Outer Solar System : ScienceAlert