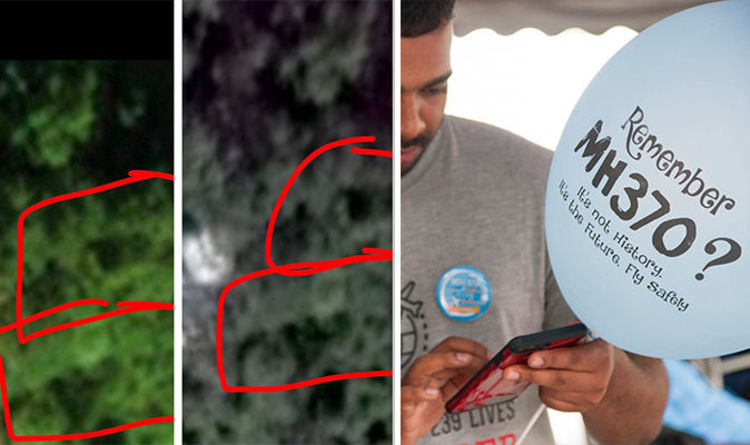 
The Malaysia Airlines Boeing 777 disappeared without a trace on March 8 2014, en route from Kuala Lumpur to Beijing with 239 souls aboard. Mr Boyer claims he has found satellite images of the wreckage on Google Earth and Apple Maps. His latest evidence for this is the two “trails” of scraped trees leading up to the crash site, which he believes was caused by the “massive engines” of MH370.

He said: “I am so convinced and 100 percent sure this is the plane. There is just countless proof.

“I am willing to go to prison for the rest of my life if this wasn’t the plane. That would never happen because it is.”

The amateur ‘investigator said he measured the distance between each trail and found they were 16.7m apart “no matter what part of the trail you measure”.

He said: “This supports the theory the plane’s engines caused this because the objects that broke through the trees are in a fixed position.”

Mr Boyer also compared the trails to known measurements of the aircraft.

“The size of each breakage trail is the same width as the Trent 800 engines used on the missing Boeing 777.

“The size of the engine is 2.8m just like the lines created.”